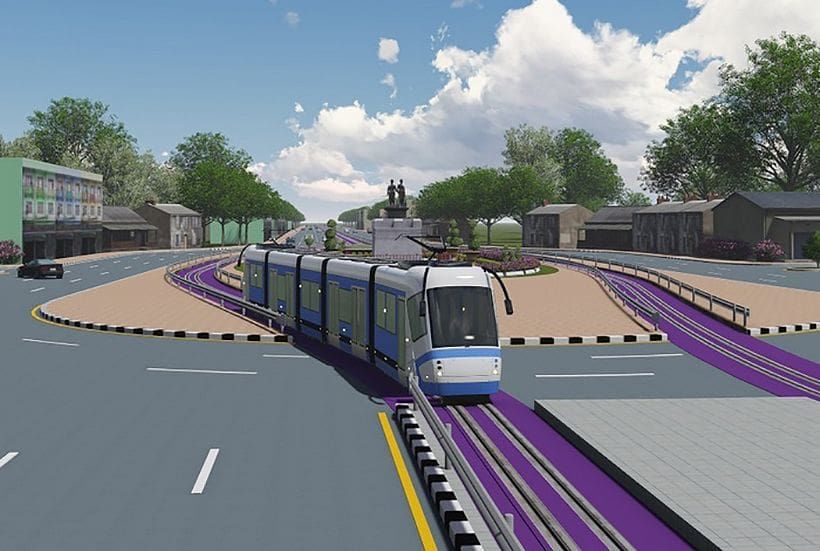 The Phuket Light Rail (Phuket Tram) project has hit a few hurdles and has been shelved, apparently temporarily, whilst some further studies are conducted into the ambitious public transport project. The proposed tram route was proposed to start at Phuket Airport and finish at the Chalong Intersection, with a total of 21 stations along the way.

As president of the Mass Rapid Transit Authority of Thailand’s board, the Department of Highways director-general Sarawut Songsiriwilai has announced that the board agreed to “temporarily halt” the development of the Phuket Tram project and is seeking a further study of the impacts across all aspects of the project.

“One of the key aspects that needs reconsideration is the estimated number of passengers, which is thought to be inaccurate.”

“The project also needs further study on the travel behaviour of local residents and an estimate of the numbers of foreign tourists visiting Phuket in the future.”

“The board still believes that the project is feasible, and that a thorough study of “impacts in all dimensions” will help improve investors’ confidence in the project.”

Reading between the lines The Thaiger assumes that an early call for investment has come up with a lukewarm reception. We’ve called out the Board on their projected passenger numbers for the project in the past and been skeptical about the reported advantages to locals using the new system when 1) it was going to be quite expensive, 2) would have meant a total change of existing travel habits of locals, and 3) was going to take a route north to south that didn’t include many of the island’s tourism hot spots, making it fairly useless for tourists.

“The board’s order to perform further studies should not impact the bidding process, which is still slated for before the end of 2020. MRTA will begin the study as soon as possible and will present preliminary results to the next board meeting.”

“This project will have a combined distance of 42 kilometres, 30.2 km at the ground level, while 2.7 km. will be elevated and 9.1 km. will be constructed underground.”

Top 10 benefits of living at a beach house