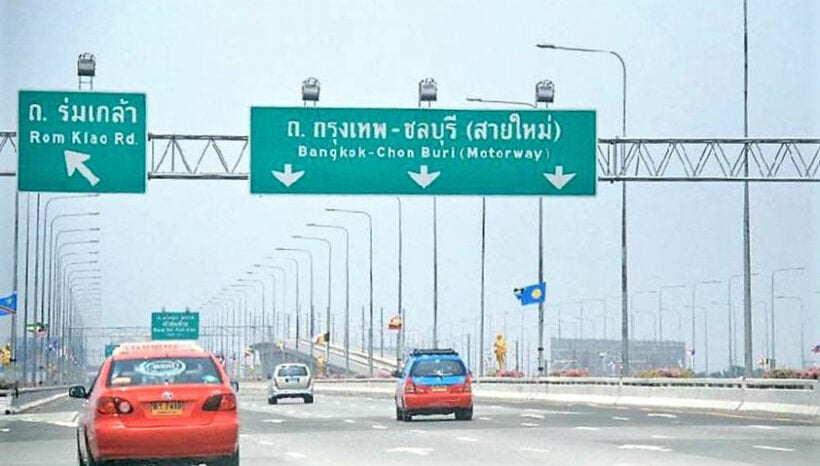 As motorists take to the roads over the coming long weekend, the government says it’s doing away with toll fees on two motorways from today until midnight on July 8. Transport Minister Saksayam Chidchob says those using motorways 7 and 9 will not have to pay a toll, a decision that is hoped will reduce congestion, encourage more domestic travel, and avoid putting extra financial pressure on those already struggling. Thailand is observing two Buddhist holidays in the coming days, Asalha Puja on Sunday, and Buddhist Lent on Monday.

“Motorway 7 that runs from Bangkok to Chon Buri and motorway 9 that runs from Bang Pa In to Bang Phli, and from Phra Pra Daeng to Bang Khun Tian, will waive the toll fee from 00.01am on July 3 to midnight of July 8. The measure aims to promote domestic travel, reduce traffic jams in front of the toll booths, as well as alleviate people’s financial burden during the economic recession due to Covid-19.”

In addition, the director-general of the Department of Highways, Sarawut Songwilai, says extra staff will be on patrol to help travellers in congested or accident-prone areas. Workers will provide 24 hour roadside assistance, while drivers can also check traffic conditions before they set off, using a dedicated app.

“Motorists can use the department’s Thailand Highway Traffic mobile application to check the traffic condition in real-time, reported live from 20 highway offices using traffic drones. The department has also urged construction contractors of highways to temporarily halt their work during the long weekend, to maximise traffic lanes and prevent congestion. We expect the number of travellers this year to be at the same level as last year, despite the Covid-19 situation, as the government has eased most of the lockdown measures.”