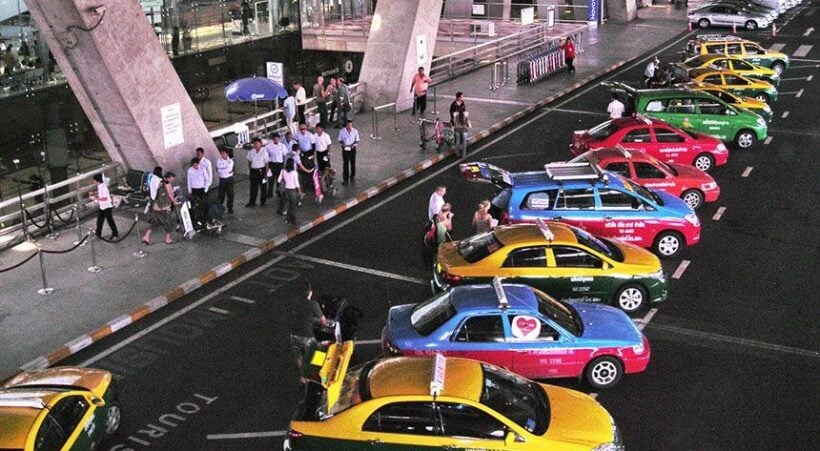 With app-based ride services set to be legalised in Bangkok from March next year, taxi drivers at Suvarnabhumi airport are threatening to protest over what they see as the government’s failure to ensure fair competition.

The Bangkok Post reports that the drivers are threatening to limit the number of bags they will accept from November 1, accusing both the Transport Ministry and the Department of Land Transport of reneging on their promise to discuss assistance for traditional taxi drivers.

The president of the Thai Public Taxi Association, Sadit Jaithiang, says drivers had wanted an increase in fares, which have been frozen for six years, in addition to surcharges for the airport, but have yet to receive a response to their request.

He says that despite an order from the Transport Minister for the Land Transport Department to consult with taxi representatives in order to find a solution, the deadline for those talks to begin has passed.

As a result, from November 1, they plan to refuse to carry more bags than the total number of passengers in the taxi. Passengers with more bags will need to use another service.

Another representative of the taxi drivers, Pallop Chayinthu is calling on the government to ban app-based drivers from waiting at airports and bus terminals, saying there should be legislation in place that means they can only respond to app requests.

Mr Pallop says taxi drivers are planning a rally at the Transport Ministry on November 7.

US downgrades delegation to ASEAN summits