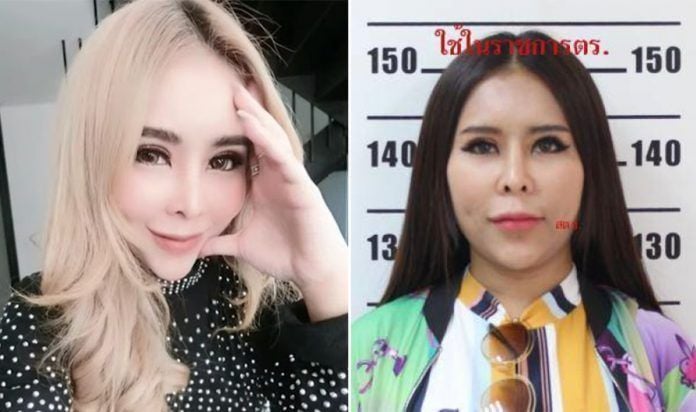 Police are hunting for a woman suspected to be at the head of a huge pyramid scheme that has allegedly scammed hundreds of people.

Justice Minister Somsak Thepsutin has handed a case, where at least 2000 victims were allegedly cheated out of more than 430 million baht, over to the Department of Special Investigation (DSI).

The ”Mae Manee pyramid scheme” was allegedly run by a couple who offered returns of up to 93% a month. The alleged architect of the scheme was using a fake profile as part of the scam.

A Ponzi scheme is a form of fraud that lures investors and pays profits to earlier investors with funds from more recent investors. The scheme leads victims to believe that profits are coming from product sales or other means, and they remain unaware that other investors are the source of funds. A Ponzi scheme can maintain the illusion of a sustainable business as long as new investors contribute new funds, and as long as most of the investors do not demand full repayment and still believe in the non-existent assets they are purported to own. The scheme is named after Charles Ponzi, who became notorious for using the technique in the 1920s.

On Tuesday October 29 the Criminal Court approved warrants for the arrest of 28 year old Wantanee Tippaveth, aka. Mae Manee, and her 20 year old boyfriend Methee Chinnapha. They face charges of public fraud, illicit borrowings and the input of false data into a computer system.

Somsak said the DSI has begun allowing victims to file complaints via QR code, with about 1,600 complaints filed on the first day alone. Already this week around 200 victims have filed complaints in person with the DSI’s Bureau of Financial Business Crime.

That brings the number of complaints to 1,800, with 432 million baht lost, according to Somsak. Another 200 victims filed complaints with police on Monday, amounting to some 100 million baht.

An offence must involve at least 300 victims with more than 100 million baht lost to qualify as a DSI special case, Mr Somsak said, and the Mae Manee scam meets the criteria.

He told the DSI to to take up the case quickly as it involves a very large amount of money and any delay might allow the suspects to hide their assets, saying the DSI will ask the Anti-Money Laundering Office to freeze the suspects’ assets.

As for remedial measures to compensate victims of pyramid schemes, Somsak said no laws or funds have been established to help them yet.

On Monday the DSI’s director for financial business crime said pyramid scammers often lure victims by promising around 15% in monthly returns. He was shocked to learn the Mae Manee scheme offered up to 93%.

Victims told investigators that the scheme began in March. Members were initially happy with the returns, until payments stopped this month. The DSI says Wantanee promoted her scheme via her social media accounts.