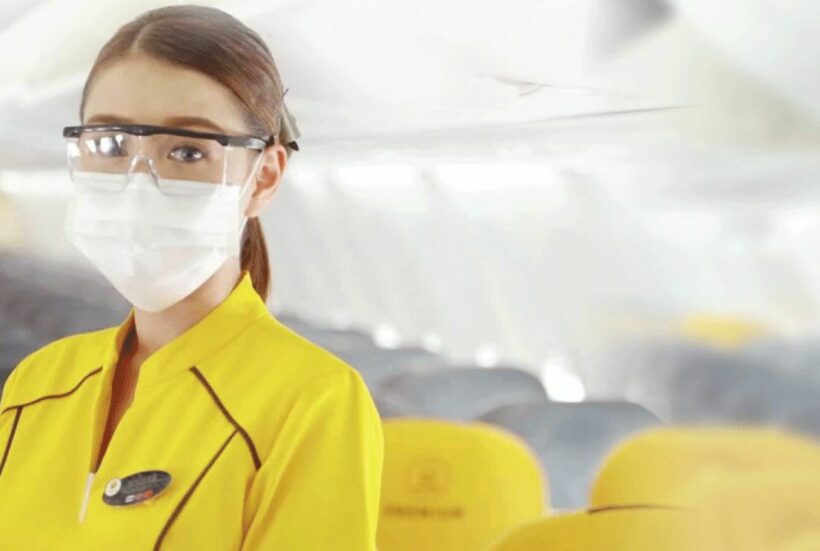 Struggling airlines are backing a push to reopen domestic flights in September from Bangkok’s Don Mueang Airport, a hub for low-cost carriers. Negotiations are in progress with the Centre for Covid-19 Situation Administration, Civil Aviation Authority of Thailand, and budget airlines to create travel and safety regulations to resume flights.

Airlines are struggling to remain liquid as nearly all domestic flights have been grounded since July 21 when the government suspended domestic flights for dark red zones with primary hubs like Bangkok being included. Authorities hinted at a reopening on September 1, but it looks more likely to be September 15 at the soonest.

The chief executive of Nok Air explains that the blanket policy of grounding domestic flights has crippled the industry when really just a few dark red zone airports like Bangkok and Hat Yai were problematic. Now airlines are struggling to stay afloat and pushing for a reopening of Don Mueang Airport as they claim that many travellers are postponing or cancelling trips without the convenience of the budget airline hub being open.

Nok Air has won approval to operate limited flights to U-Tapao airport near Pattaya to Phuket, Chiang Main, Udon Thani, and Nakhon Si Thammarat, and was just approved to fly out of Phuket to U-Tapao as well, which allows them to have passengers in both directions rather than bear the financial burden of flying planes empty in one direction.

The airline says they are adjusting schedules as some routes don’t have more than 40 passengers per day travelling. but they expect passenger numbers to slowly increase in the coming weeks and months. The airline and CAAT are even considering increasing Covid safety capacity numbers from 50% to 70%.

Thai Vietjet also announced the will launch flights across Thailand starting September 15. They will avoid hubbing in dark red Bangkok and instead run direct flights between Phuket and Chiang Mai, Chiang Rai, and Udon Thani.

When airports and domestic flight routes, travelling will still be harder than the pre-Covid-19 days. Negative RT-PCR tests and vaccine certificates will likely be required as provinces, especially those with high infection numbers, will require strict safety measures before letting travellers freely into their provinces.

Rain
On 8/23/2021 at 9:32 AM, JamesE said: I'm thinking more mid September. They'll start with the Bangkok Bypass flights from one sandbox to another and see how they do and then work from there. That should start sooner (maybe next…

JamesE
7 hours ago, bushav8r said: but she cautions against it as the flights will likely be cancelled or rescheduled, This is true. It happened to us three times in 2020 and four times (so far) in 2021. No biggie. It's one…

Faz
7 hours ago, bushav8r said: That's the problem I face.  My travel agent has been able to arrange flights for me, but she cautions against it as the flights will likely be cancelled or rescheduled, I wouldn't try to arrange or book…
Henryford
No point in flying if when you get there everything is closed. Can't even get a beer FFS.

Benroon
12 hours ago, bushav8r said: Were you flying on a broom?  lol Even had exit seats both legs👍  Remember the flight was actually only £89 - the rest were the obscene taxes!