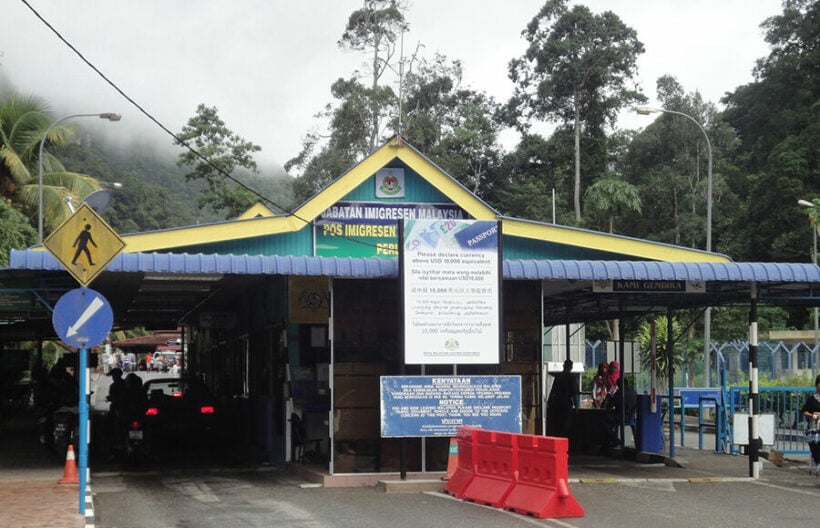 Thailand’s tourism minister says he expects all border checkpoints with Malaysia to be open by May 1, adding that the move will benefit both countries. According to a Nation Thailand report, Phiphat Ratchakitprakarn says his ministry will coordinate with the Foreign Affairs Ministry to agree the re-opening with the Malaysian authorities, including deciding Covid-19 prevention measures to be implemented at all checkpoints.

The minister says he’s confident in Thailand’s Test & Go entry scheme, which he says can detect 85% of Covid-19 infections from the first day people enter Thailand. In a bid to reassure residents in the southern province of Songkhla, he adds that if an infection is somehow not picked up on arrival, it will be detected through the day 5 test.

“Thailand will continue to use the Test & Go system, while we have to see what measures Malaysia will use. We are confident the Malaysian government will agree with the plan to re-open borders, which would benefit both countries.”

Phiphat says his ministry has been running tourism promotion campaigns in Songkhla since the beginning of the year and will continue with the campaigns until the end of the year, with the intention of attracting both domestic and overseas tourists to Songkhla and other provinces in Thailand’s South.

“With Hat Yai Airport being approved to accept foreign tourists from next month, the ministry will ask the CCSA to open all land checkpoints in Songkhla, starting from the Sadao checkpoint. Then, we plan to gradually open other checkpoints in Narathiwat, Yala, and Satun, that connect Malaysia, in a bid to promote tourism in the southern provinces. We expect all Thai-Malaysian checkpoints to re-open by May 1.”

Cathat
Most visitors from malaysia and singapore come to south thailand for a cheapish weekend break. Until they can drive in and out of the country as normal they will not come.
PerRoland
Dear Thailand Tourism Minister, pls scrap the on arrival PCR test and first day mandatory stay under Test n Go. Fully vaccinated should have a pre negative departure test before entering into Thailand by air. Dont understand why scrapped the…
LoongFred
The tourism minister only wants a increase tourism but is only focused on his/her own interest. The majority of Thais want restrictions to keep them safe

KaptainRob
1 hour ago, Transam said: I would have thought the majority of Thais would want to earn a living again, and if they want to be safer from catching Covid should be vaccinated and be taking relevant precautions. I suspect…