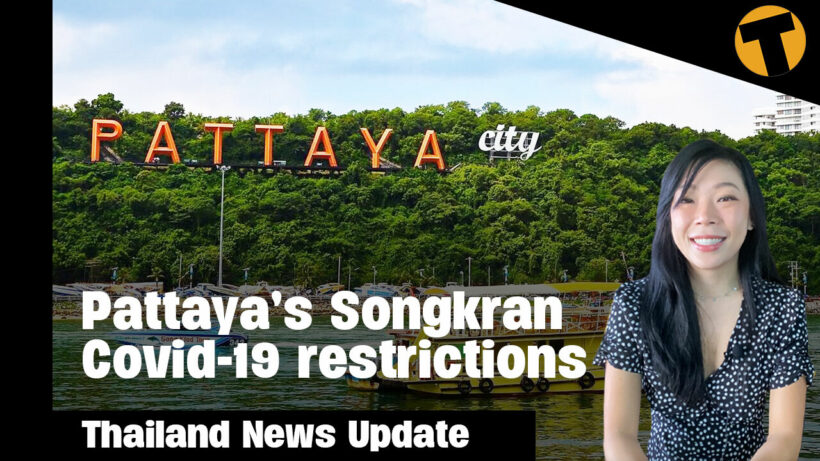 The mayor of Pattaya has approved the Songkran celebration but has changed the focus of the event to traditional and religious activities instead, obviously aiming at domestic tourists without a lot of international tourists to cater for this year. With fears and concerns about Covid-19 lingering, water and foam events, as well as alcohol consumption and any big celebrations will be prohibited for yet another year. Masks will have to be worn at all times, including outdoors. To meet with the “Covid Free Setting” guideline, the primary focus in the Pattaya events will be on keeping Thai traditional values such as cleaning the Buddha’s statue, paying respect to the elderly and making merit. With Covid-19 restrictions, this will be the first time since 2019 that the huge “Wan Lai” festival on April 19th will be permitted in Pattaya.But, it’s unknown how this will be executed, given water play and fights will be prohibited due to the virus’s continuous transmission.But the mayor insists that people visiting the festival will find it just as fun, interesting, and engaging as those who come to experience traditional Thai culture.

A “Thai Riviera” road will be built along the coast five of Thailand’s Andaman provinces, if the Office of Transport’s request for 80 million baht gets approved. Beginning in Ranong, the road will run through Phang Nga, skirting north of Phuket, then Krabi, Trang and end in Satun province. The road is part of PM Prayut Chan-o-cha’s plan to boost the economy and tourism in southern Thailand.If the budget gets approved, the Office of Transport will spend the next two years making a development plan, which will be presented to the Transport Ministry for approval sometime after May 2024. PM Prayut invited the Transport Ministry to look into the feasibility of the coastal road in October last year. The OTP will study foreign examples of coastal roads, some of which are elevated in areas unsuitable for ground construction.

A family in Prachinburi, east of Bangkok, were put off their dinner after opening a tin of fish to find a 2-centimetre long, poisonous centipede. The tinned fish was produced by a famous brand. The family, from Si Maha Phot district, bought two tins of the fish from a local convenience store. After opening up the tin and seeing the centipede, the family immediately complained to the manufacturer, who told them to keep the centipede so they could collect it and investigate the renegade addition. The manufacturers said it will take five days to collect the specimen but when the family reported the story to local Thai media, the manufacturer rang to say they could actually come immediately. The manufacturer provided replacements of the products, but we’re not sure if the family will feel like eating tinned fish anytime soon.

Organisers from a recent motorcycle event are apologising for allowing a man to test drive a big bike while his baby was still in a carrier strapped to his back.An official from the event said people were allowed to test drive the big bikes on the track, but no one noticed the man was carrying a baby. The official added that riders were not allowed to exceed a speed of 50 kilometres per hour. Photos of the big bike rider with a baby strapped to his back while at a motorcycle event drew attention from Thais on social media with concerns about the infant’s safety. The baby, who seems to be just a few months old, was seen strapped to a carrier on the father’s back. The man posted photos on Facebook of himself riding a big bike, but removed the post after complaints from Thai netizens piled in, criticising the man as well as the motorsports staff for their recklessness.

Thammanat Prompao, remember him… the former convicted heroin dealer who was in an Australian prison for 3 year, but has denied the incident inThai parliament… has finally found a new home as the secretary-general of the Thai Economic Party.After being expelled from the ruling Palang Pracharath Party in January, Thammanat led 17 other MPs under his faction to the new party. With another censure motion on the performance of the Thai PM, pundits are wondering how Thammanat will wheel and deal to direct his vital 18 votes… for the PM or against him. It’s also speculated that he will use his new Kingmaker status to negotiate cabinet seats… which would be a huge loss of face for the PM given his directions in January to kick Thammanat out of the ruling coalition party. The 18 votes are now crucial with the coalition only maintaining a slim majority with its coalition, made up of 17 different political parties.