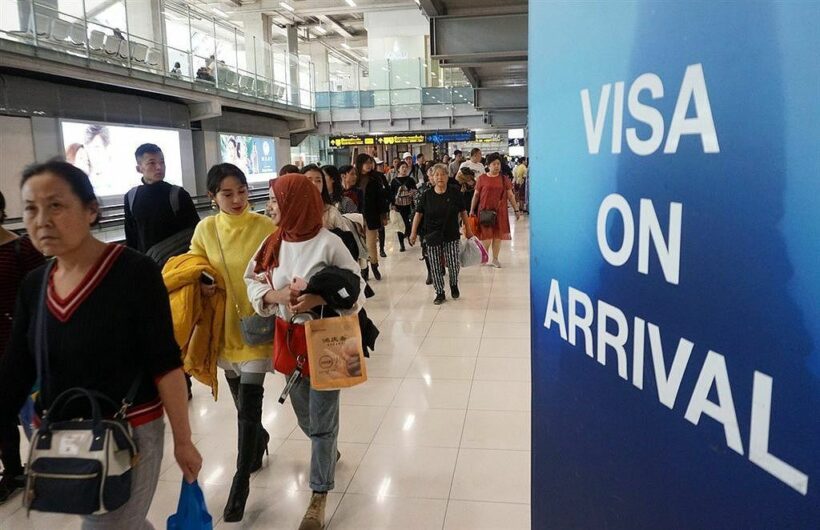 The Taiwanese government says it’s concerned about new Thai government visa rules being imposed on its citizens travelling to Thailand.

A new application scheme launched on November 29 by the Thailand Trade and Economic Office in Taipei now requires applicants to show evidence of sufficient funds for their trip. The requirement, which asks Taiwanese nationals to submit bank statements from the previous three months, has angered some, with a member of the Kuomintang opposition party saying it’s akin to treating Taiwan as a third world country.

Taiwanese applicants are also required to apply online and then make an appointment to submit their documents in person, whereas previously they could apply in person at the TTEO without any prior online application or appointment.

Members of the opposition are calling on the country’s Ministry of Foreign Affairs to register a formal protest with the Thai government against the new application procedure, pointing out that Thai citizens visiting Taiwan are granted visa-free entry.

The Taiwanese foreign affairs officials, for their part, say they’ve already notified the Thai government of its concerns and asked for clarification on the more stringent guidelines. They also insist that visa-free privileges granted to Thai citizens have boosted tourist numbers and business and education exchanges between both countries, but did not provide any numbers in support of the claim.

“We have asked the Thai side to clarify the new process and will continue to urge it to improve the convenience of visa applications for Taiwanese.”

Meanwhile, the Thai representative office in Taipei says the new visa application process is not restricted to Taiwanese nationals but applicable to other nationalities too, including British and French.

An official from the TTEO says that while tourists from some countries may be able to enter Thailand visa-free, they still need to follow the online process should they require a visa, whether that be for education, business or marriage.