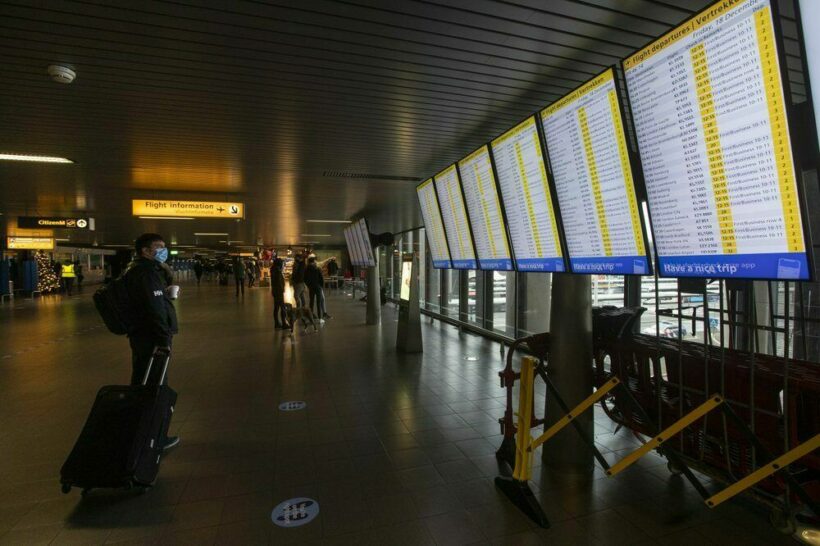 As if things weren’t already bad enough for Thailand’s tourism sector, the events in Samut Sakhon in the past week have just made them a lot worse. Just as the few hotels open in Thailand’s major tourist hot spots were hoping for a bounce in traffic over Christmas and New Year, the hopes have been largely dashed by the outbreak in Samut Sakhon and threats of impending lockdowns and restrictions as the outbreak extends beyond the provincial borders. Even if the ‘bounce’ would have been mostly domestic traffic, ANYTHING would have been welcomed after a disastrous year for Thailand’s tourism and hospitality industries.

The outbreak of Covid-19 around the seafood industry hub on the coast, south west of Bangkok, has produced 1,000+ positive infections. The outbreak has occurred mostly in the migrant worker population, hired for their cheap and available labour resource, many from neighbouring Myanmar.

The province has been locked down until at least January 3. A curfew and restrictions on travel have been introduced.

Now, threats of another nationwide lockdown or restrictions on domestic travel could be the final straw for many tourism-related companies, according to Phuket Hotel Association President Anthony Lark. Anthony is also the MD for Trisara, the upscale resort set amongst Phuket’s northern beach tourist strip.

“Everyone’s losing money and just trying to break even. If the government can’t control the virus, and any domestic air travel or inter-provincial travel restrictions are introduced, then you will absolutely see hotel, restaurant and boat owners mothball their businesses.”

“Domestic travellers from Bangkok account for 99% of Phuket’s tourists since the nation closed its borders late March. Before the pandemic, foreign tourists comprised two-thirds of the island province’s visitors but contributed about 90% of Phuket’s tourism revenue.”

The total tourist arrivals for the first nine months of this year stand at only 6.7 million compared to almost 40 million in the same period last year. Of those 6.7 million, the vast majority visited during Q1 before the border closures.

Bangkok hotels have seen the average occupancy drop to as low as 6.7% in April after the country went into lockdown but managed to recover slightly to 13.7% in Q3 2020, solely relying on ‘staycation’ travel. Whilst the Thai PM Prayut Chan-o-cha tried to allay fears yesterday, he noted that it would take “about a week to assess whether more stringent curbs are needed”.

When the CCSA spokesperson Dr Taweesin Visanuyothin was asked by the media yesterday if the current Samut Sakhon lockdown could extend to other provinces, or Bangkok, he simply answered… “It hasn’t happened yet”.

Over the past month the Thai government has slowly removed some restrictions for international travel back into Thailand, whilst keeping the mandatory 14 day quarantine in place. But much of that will likely be put on hold as the CCSA get a grip on the extent of the current outbreak and the success of mitigating the cluster.