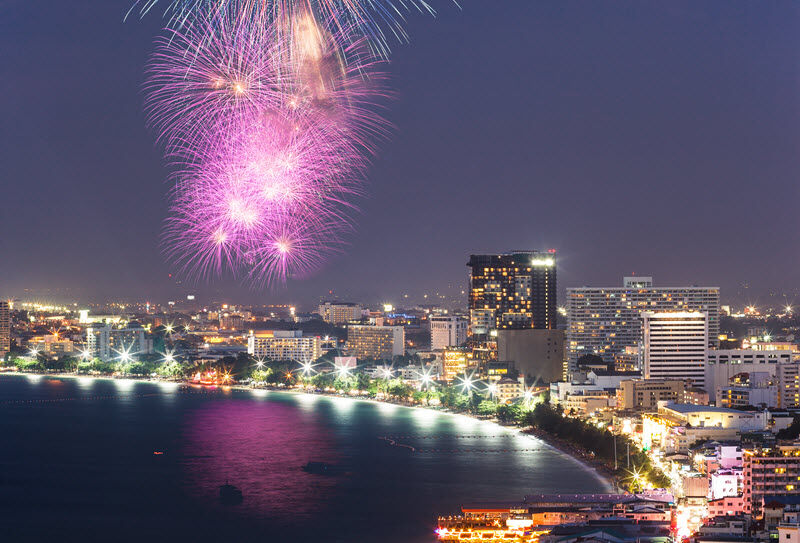 Pattaya officials have cancelled all public gatherings planned over the next few weeks. A Chonburi provincial order has banned the events, including the 3 day Pattaya New Year Countdown Music Festival. All other provincial countdowns have also been cancelled as a precaution against the current outbreak in Samut Sakhon which is now spreading to neighbouring provinces, including Bangkok.

The Koh Larn countdown and Huai Sukri Floating Market concert in Sriracha have also been cancelled, according to Pattaya City Council. The Pattaya New Year Countdown Music Festival, scheduled for the Bali Hai Pier between December 29 – 31, is a huge disappointment to Pattaya’s tourism industry. Many of the hotels were nearly fully booked for the event.

The Chon Buri officials have also announced restrictions on fresh markets, indoor shopping malls, merchant shops, restaurants, entertainment venues, and pubs and bars. The order says the venues must provide proper measures and social distancing to reduce the possibility of Covid-19 infection as well as enforcing the use of the Thai Chana mobile app.

Although there have been no Covid-19 cases reported in Chon Buri, more than 1,000 cases have now been reported in the ‘Samut Sakhon Cluster’ which has now extended to neighbouring provinces, including 5 cases announced today in central Bangkok.

The Chon Buri governor is also stressing that officials should monitor and prohibit any illegal migrant labourers from interprovincial travel, as well as increasing health checks at worker camps and local fresh markets.

The best places to see 2020 Christmas lights in Bangkok