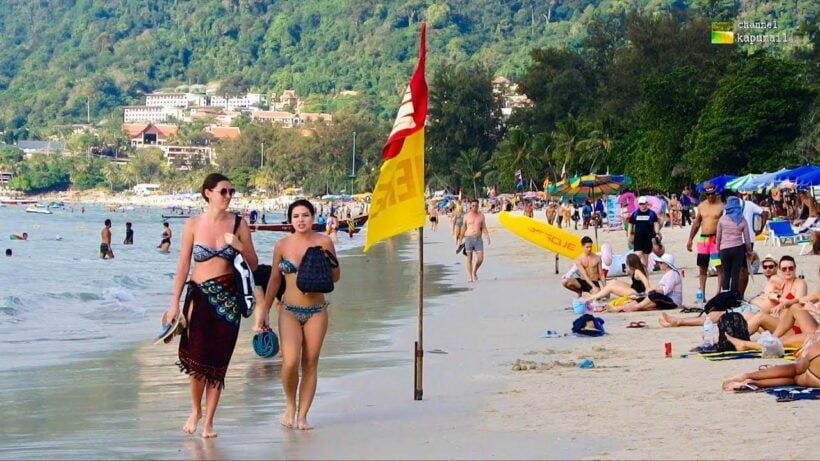 Phuket’s Prince of Songkla University Faculty of Hospitality and Tourism has completed a lengthy report about the health of the island’s tourism, saying that tourism and Phuket’s economy are in poor condition. Part of the report says that, despite a 4% rise in visitor numbers in 2019, revenue from tourism is falling.

“The economy of Phuket is entering a period of recession.”

Chayanon Phucharoen, the associate dean of research and graduate study at the faculty reports that Phuket’s economy is undergoing a transformation.

In the past decade there has been an enormous surge of new developments and new accommodation options, most outside of Patong. But the demographics of the tourist influx isn’t matching the hotel or developers’ plans.

“Annual economic growth in the province has been at 6% for the last two decades, but recently we observed a hiccup.”

“The days of sea, sand and sun… beer, bars and babes, are over.”

Chayanon refers to a Bank of Thailand survey showing the number of tourism operators in Phuket province had fallen sharply, despite rising tourist arrivals.

Chayanon blames, amongst other things, the strong baht for putting a brake on tourism spending, adding that digital disruption had funnelled tourist services and income towards online platforms controlled by outsiders, and a move away from on-island tour operators and vendors.

The study says that there is an urgent need for Phuket to create new tourism experiences instead of relying exclusively on its reputation for sea, sand and sun. And there was a move away from Patong as the main focus for the island’s future tourism.

But the report noted that it wasn’t only Phuket that was feeling the pinch of a stronger baht. Major tourist destinations such as Pattaya are also feeling the impact.

Amongst the bad news for Thailand’s main tourist hot-spots, Damrongkiat Pinitkarn, secretary of Entertainment and Tourism Industry Association of Pattaya, says the town’s bars have recorded a 40% drop in custom from tourist so far this high season.

That report, by Sophon Cable TV, says that, though the Chinese still account for the highest number of visitors, many are now opting to explore Vietnam where the local currency is weaker and tourists can get more value for their money.

“In the evening, more tourists are staying within the confines of their hotels instead of venturing out to party at clubs or discos. Chinese tourists are also checking in pool villas and having parties instead of going out.”

On a positive note, there has been a huge influx of Indian visitors to Pattaya, who are attracted by the city’s lively night life but the report notes that their numbers may not grow any larger, so bar owners need to deal with this tough situation and adapt.