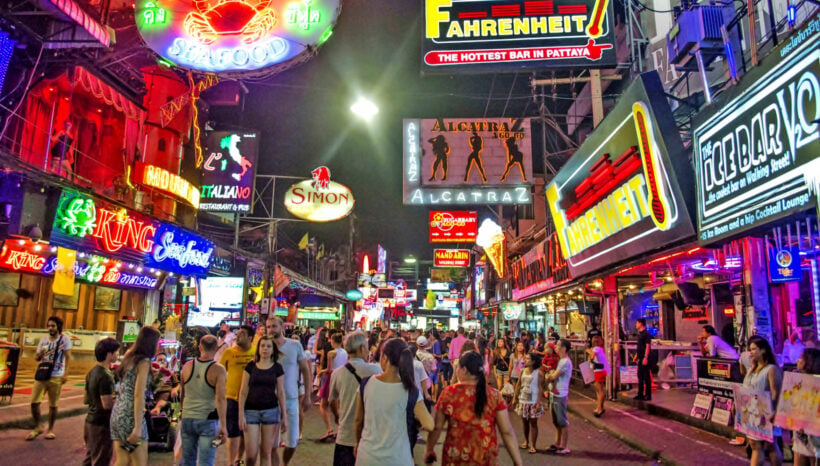 “Tourists are down 40% for Pattaya’s high season.”

This from the Pattaya Entertainment and Tourism Industrial Association when speaking to Sophon Cable TV today. And last year wasn’t good either.

Damrongkiet Pinitkarn, secretary of the association says that this high season before the New Year, the number of tourists at night clubs and bars has significantly decreased compared with last year at the same period.

“Chinese tourists are also checking in pool villas and having parties instead of going out.”

This survey was concentrating on Pattaya’s nightlife and entertainment venues according to the Association and results of patronage coming from those places. It does not take into effect non entertainment tourism, such as island visits, shopping or sight-seeing.

“More Chinese tourists are travelling to Vietnam than Thailand while more Indian tourists are coming to Pattaya and going to night life places.”

Damrongkiet says that, anecdotally, the numbers are down a massive 40% when compared to last year.

A drop of around 30% in tourism was reported for the party town in July this year with the flow of tourists to Vietnamese destinations blamed for the drop in Pattaya tourism at that time. Read that story HERE.

At the time a leading tourism official confirmed what many Pattaya expats and locals have been saying for the past year… “The days of Europeans visiting Pattaya in large numbers are over”.