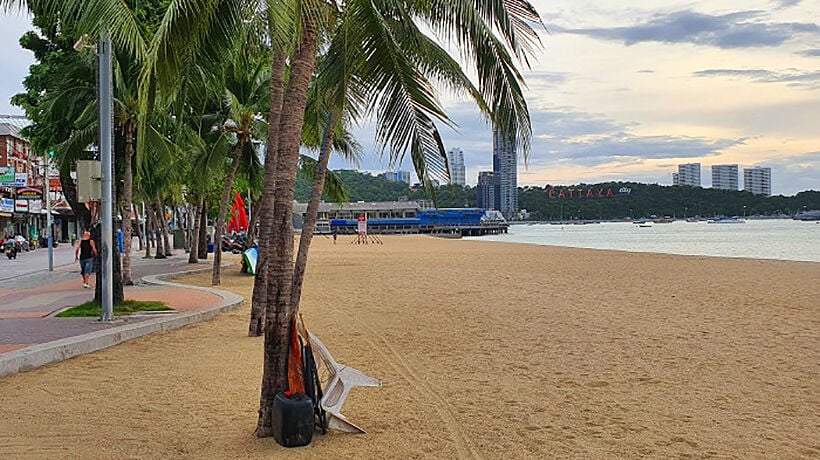 Businesses in the entertainment, nightlife, bar and sex industry in Pattaya are breathing a sigh of relief as international tourists will, again, be able to visit the seaside party town as part of the government’s Thailand Pass updates.

Not all of the Chon Buri province are being included in the reboot. From February 1, the CCSA announced they are reopening the districts of Bang Lamung, Pattaya, Si Racha, Si Chang, and Sattahip (but only Na Jomtien and Bang Saray sub-districts). Further down the east coast, Koh Chang in Trat is also been opened under the revised Sandbox options.

Probably even better news for the hard-hit region is that the Test & Go program is being re-introduced, allowing fully vaccinated travellers from anywhere in the world, not just 67 countries as in the past, to travel to, well, anywhere in Thailand.

Under the revised Test & Go option of the Thailand Pass, Test & Go-approved travellers will need to book an SHA+ hotel for the first night AND the fifth night of their stay. They will undergo PCR tests on the 1st and 5th day and have to wait for a negative result before they can leave. The two nights of accommodation and the PCR tests need to be pre-paid as part of your application process. From the TAT website…

“From 1 February, 2022, 09.00 Hrs. Thailand time, fully vaccinated travellers from any country around the world can apply for a Test & Go Thailand Pass up to 60 days in advance.”

The Sandbox program, also available to fully vaccinated travellers from anywhere in the world, restricts the arrivees to stay in an SHA+ hotel for 7 nights, and be restricted to travel just around the Sandbox province or district. They have a PCR test on arrival and on Day 7 before they can then travel anywhere in Thailand.

Which begs the question, why announce all these new Sandboxes programs if people can enter anywhere in Thailand with Test & Go with less cost and restrictions, from February 1?

In the original Test & Go, travellers were only able to apply if they were from one of 67 “low risk” countries. The Sandbox program was different because it allowed people from anywhere in the world to apply. Now that restriction has been lifted for the rebooted Test & Go program, why bother with applying for a Sandbox program?

If the announcements from the CCSA have been accurate, and the latest updates on the TAT website (tatnews.org) are accurate, then, indeed, the Sandbox program will be redundant from February 1. Of course the Sandbox programs may again be needed as a fall back position if the Test & Go program is again shelved due to a significant rise in new Covid infections.

But, none of these changes to the Thailand Pass, despite being confidently published on Government websites and the Tourism of Thailand’s website, have been published in the Royal Gazette. So the exact mechanism and details of the post-February 1 arrivals are yet to be ‘officially’ announced.

Apart from the question “if the Sandbox is necessary anymore?”, there is also the strong online pushback of the additional Day 5 PCR test announced for Test & Go arrivals in the CCSA update last Thursday. Adding to the current confusion is where alcohol can and cannot be served, where the ‘Blue Zones’ are and the latest colour-coding of Provinces around the country.

But, one way or the other, Pattaya businesses, in fact ALL Thai business, will be happy to welcome back international tourists under ANY program after February 1.

We look forward to further clarification and details when the changes are announced in the Royal Gazette.

Soidog
8 hours ago, Vince said: People who say this won't bring back 2019 pre-covid tourism miss that maybe they don't want it back. If they don't catch the right 'quality' fish they'll adjust the net and/or use better bait. You…

Vince
14 minutes ago, Soidog said: You take an interesting stance on such matters @Vince I note you are critical of the position that the government is always looking to make money from the volume tourist model and they don’t want What…

Soidog
26 minutes ago, Vince said: What I am most critical of is the statement it's all like before or "no tourism". Every gogo bar must be reopened or "no one" will go to Thailand. That's just not so. I agree…

Vince
24 minutes ago, Soidog said: I agree with that. I think the country is slowly opening and in fact it is pleasant right now in traditional tourist areas. I say pleasant from my perspective, not those who’s livelihoods depend on…
LoongFred
Ás stated many times Thailand want quality tourists and not necessarily bargin basements kinds that are looking for cheap beer and girls. They want those that can appriciate what Thailand has to offer. Those coming to only hangout at a…

What should tourists avoid when they come to Bangkok? | Vox Pop