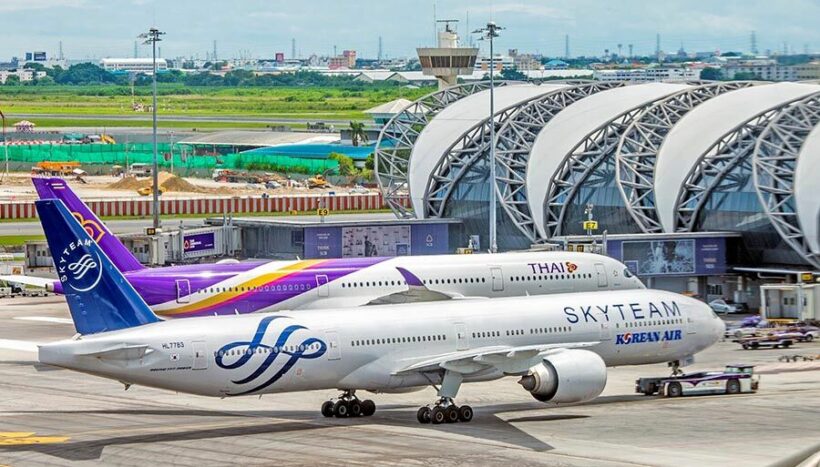 The managing director of Airports of Thailand says international carriers have returned around 80% of their slots at Thailand’s airports. Nitinai Sirisamatthakarn says around 80% of slots between October 31 and March 26 next year have been returned, indicating that airlines are uncertain about any imminent recovery in the aviation sector. Airport slots are the landing and take-off permissions that airport owners grant to airlines. Thailand’s 6 international airports – Suvarnabhumi, Don Mueang, Phuket. Hat Yai, Chiang Mai, and Chiang Rai – have all been affected by the move. At Bangkok’s Don Mueang, airlines have relinquished 100% of their slots, with 70% being returned at Suvarnabhumi.

According to a Thai PBS World report, Nitinai says Thailand’s aviation sector hit its lowest point during the period between July and September this year. This was when the government suspended all regular flights in a bid to get the Covid-19 situation under control. During that period, Nitinai says the 6 international airports welcomed an average of 50 passengers a day. He adds that once the restrictions were eased in October, that jumped to 30,000 a day. Nitinai has hope that the aviation sector will gradually recover in the next 2 years. AOT has already endured operational losses of 11 billion baht during the first 9 months of 2021.

Cathat
11 minutes ago, yselmike said: The airports such as Schiphol and Heathrow are saying 2026 to return to pre 2019 levels. Does that include short haul? Most people are predicting a must faster recovery in that sector of the market.…

Soidog
19 minutes ago, Cathat said: The buissness of slots is pretty complicated. An airline does not own the slot as such,it's a grandfather rights type of thing. Say you have a slot at a major airport at a good time…
Cathat
14 minutes ago, Soidog said: Good post @Cathat  sounds like you may have first hand experience of this kind of thing. Is the aviation industry something you are involved/have been involved in?  Yes,I worked in the aviation industry previously but I …

Soidog
43 minutes ago, Cathat said: Yes,I worked in the aviation industry previously but I  fortunately retired some years ago but still maintain an interest in it. Ok, good to know. A few people on here with PPL’s and so good…
yselmike
17 hours ago, Cathat said: Does that include short haul? Most people are predicting a must faster recovery in that sector of the market. My figure is from q1 2020 long haul only. Ultimately nobody knows at this time but…