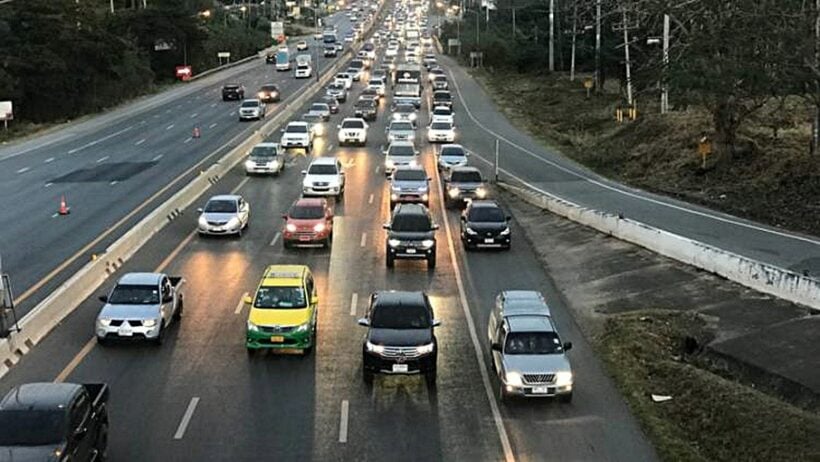 As we enter the final stretch of Songkran’s infamous “seven dangerous days”, 29 deaths were recorded and 313 road accidents across Thailand. Officials warn we are not yet through the yearly dangerous week of holiday travel that typically results in a sharp increase in traffic accidents, injuries and death. The silver lining of Covid-19 is that travel is significantly down, and so are fatalities. But as people return from their holidays back to work in their home towns, authorities warn of increased accidents. They are setting up more traffic checkpoints and sending out additional traffic officials to watch over dangerous routes in an attempt to prevent more accidents.

On the 6th day, the Ministry of Interior recorded 313 road accidents, with 310 injuries and 29 deaths total. In their daily press briefing, the Deputy Permanent Secretary of the Ministry of Interior went over the figures and causes. Not surprisingly, nearly 89% of accidents involved motorcycles. Different from previous days, drunk driving surpassed speeding as the number 1 cause of accidents, at a nearly even 31% and 30% respectively.

Late afternoon and early evening remained the most dangerous time to be on the roads, with almost 26% of road accidents occurring between 4 pm and 8 pm. Another noticeable change from previous statistics, whereas yesterday highway accidents were nearly even to local community crashes, today 43% of accidents occurred on local roads in villages and only 31% of accidents were on national highways. Again about 62% of accidents took place on straight routes. One last statistical change: the most accident-prone demographic skewed older with 30-somethings being overtaken by 40 to 49 year olds as the primary accident age bracket, about 16%.

Nakhon Sri Thammarat, with 15 road accidents yesterday, held the morbid distinction of the province with the most accidents, a title it has held several times. Prachin Buri had the most injuries yesterday with 15 reported. And 5 provinces tied for most fatalities with 2 each: Chiang Mai, Kanchanaburi, Nakhon Ratchasima, Nong Khao, and Rayong.

As we near the end of the “seven dangerous days”, Thailand has recorded a total of 2,113 road accidents so far during this week. 2,116 people were reported to have been injured, while there were a total of 238 fatalities.

Nakhon Sri Thammarat has retained its lead, being the province with both the most accidents reported – 91 in total – and the highest number of injuries – 96 total. Chiang Mai is now the most deadly province, with 9 total road fatalities over the past 6 days.