A member of a rescue unit is dead after he was hit by a speeding pickup truck while helping victims at an accident scene in the western province of Prachuap Khiri Khan yesterday. Police identified the victim as Atthawut Nubanko of the Sawang Phae Paisan Thammasathan rescue unit.

Another rescuer from the same team, Likit Inklam, told police that he and Atthawut arrived on a motorcycle at the accident scene, where a pickup truck had veered off the road and hit a tree, dumping vats of jellyfish on the roadside. 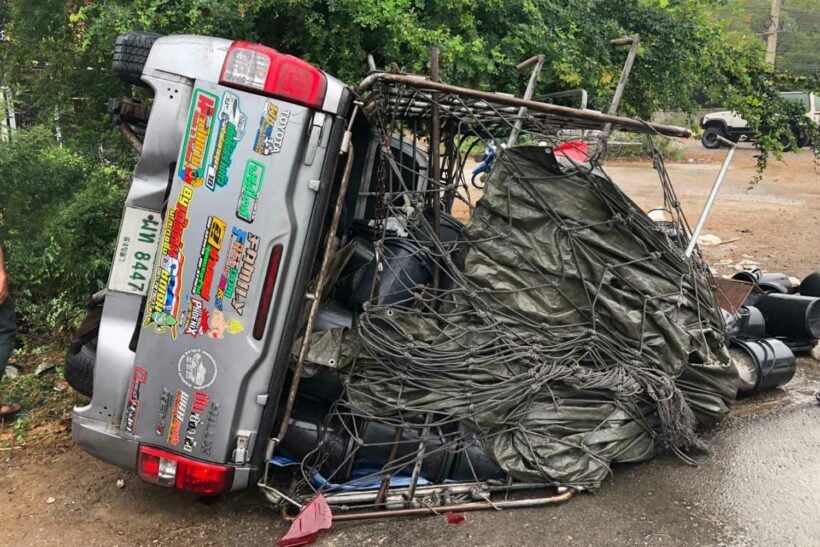 After parking the motorcycle and placing an emergency light on it, he and Atthawut went to examine the truck. They were on the roadside when the driver of a dark Toyota Vigo lost control after failing to negotiate the bend.

Likit says he jumped from the road and escaped harm, but Atthawat was struck and killed.