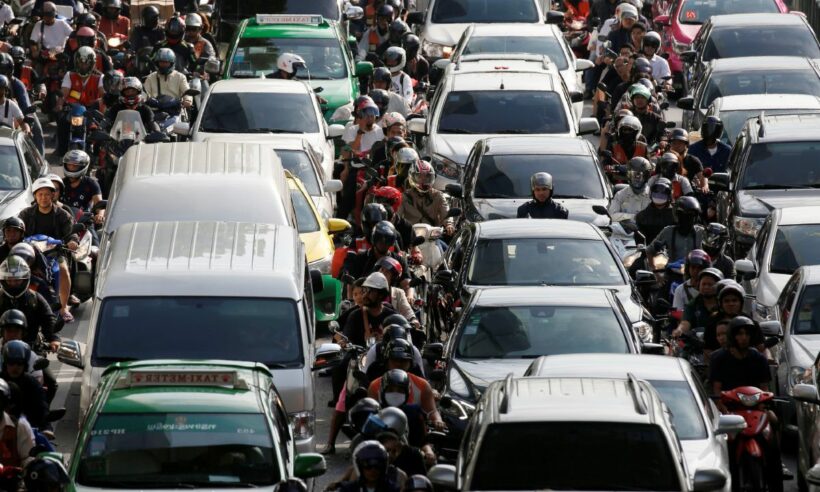 The death toll for Thailand after the first 5 days of the 7 day road safety campaign was up to 256 out of 2,529 road incidents. This includes 12 road deaths in Bangkok, the most of any province

The figures from the Directorate Centre to Prevent and Reduce Road Accidents.

According to their stats, 42 people died on New Year’s Eve and 567 others were injured, bringing the total number of injured for the five days to 2,588.

From yesterday afternoon the traffic started building as holiday-makers made their way back to the city and urban areas causing congestion on main highways and inter-provincial roads.

The Transport Company estimated about 130,000 holiday-makers returned to Bangkok on public buses last night. The company has increased the number of daily bus services until tomorrow, from 2,118 buses per day to 7,604, to accommodate the annual new year surge of passengers.