A 77 year old Austrian man died on the way to hospital after his motorcycle collided head-on with a passenger van in Phuket’s Kata district last night. Officers from Karon Police Station and rescue workers learned about the incident around 7:30pm. A passenger van was found with major damage to its front, and a wrecked motorbike was 4 metres away along with two injured people lying on the road.

The Austrian rider and his passenger, 29 year old Kannika Surat, were found unconscious and seriously injured. Rescuers rushed them to a nearby hospital but the man was pronounced dead on arrival. His name is being withheld pending notification of family and the Austrian embassy.

Police say that initial investigation shows the man was riding the motorbike from Karon toward Kata with Kannika riding pillion. As the motorbike rounded a curve, it strayed into the oncoming lane and struck the van head-on.

The van’s driver, 56 year old Phuket native Wirat Buapri, who was uninjured and waiting at the scene, said he was unable to avoid the collision.

Police said they would perform alcohol tests on the body of the Austrian motorcyclist as well as the van driver.

“We had to check to see if the two drivers were involved with drinking alcohol before driving and what eventually caused the fatal incident. We will wait for results before proceeding with any potential legal action.” 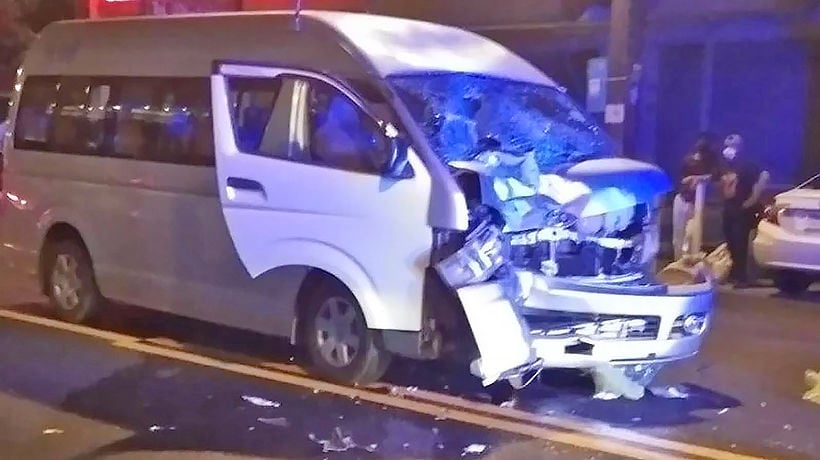