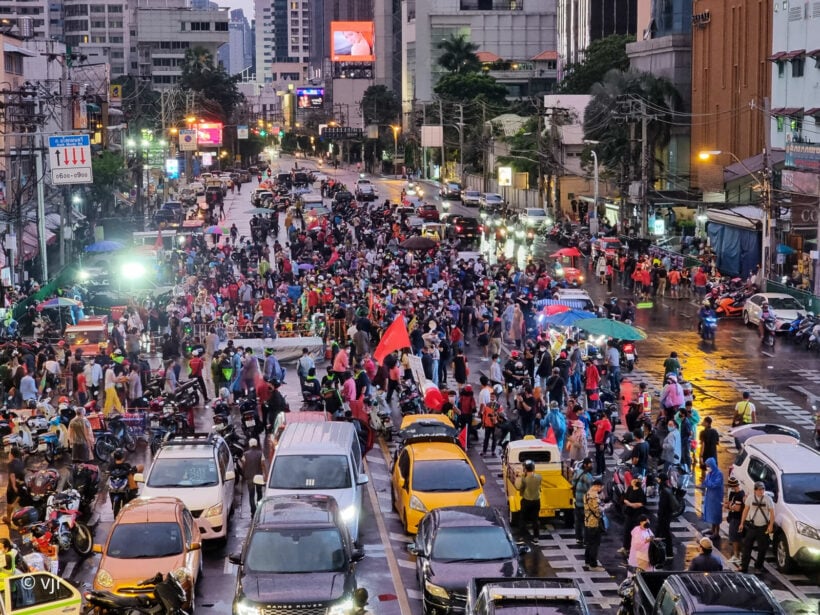 Protesters gathered at Bangkok’s Asok interaction yesterday, calling on PM Prayut Chan-o-cha to resign. For the past year, pro-democracy groups have been pushing for the prime minister to step down, but with the latest wave of Covid-19 surpassing more than 1 million infections, along with a limited supply of vaccines, protesters now say Prayut should resign due to mismanagement during the pandemic.

The protesters gathered in a so-called “car mob,” driving their motorbikes to the protest site, honking their horns and raising their hands in the three-finger salute, a symbol of resistance against the Thai government.

One protest leader told the Bangkok post that the Asok intersection will become a protest base until the prime minister steps down. He even said that a permanent structure will be erected at the interaction if Prayut does not resign.

“We have made our stance clear that this is the peaceful protest. We have also coordinated with local police and our protest site is nowhere near ‘sensitive symbolic grounds’, so this is a safe political space that everyone can join.” 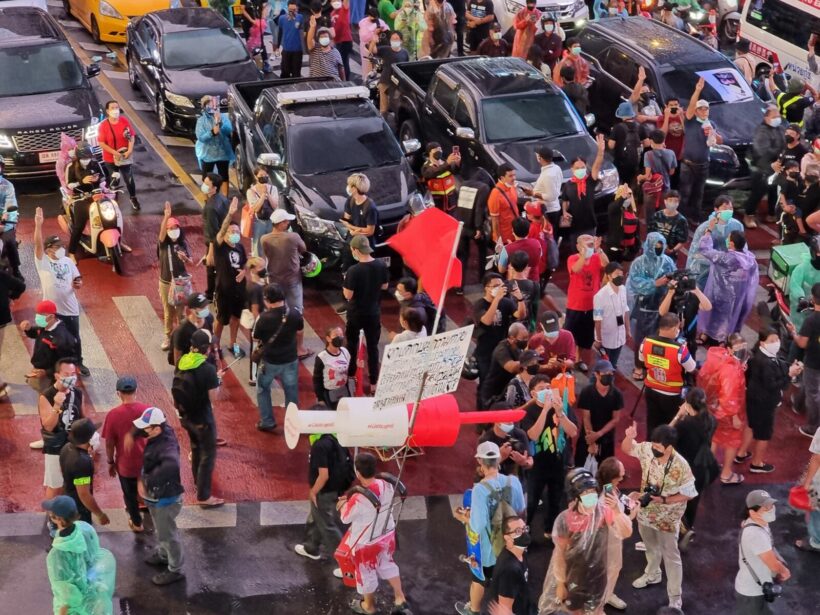 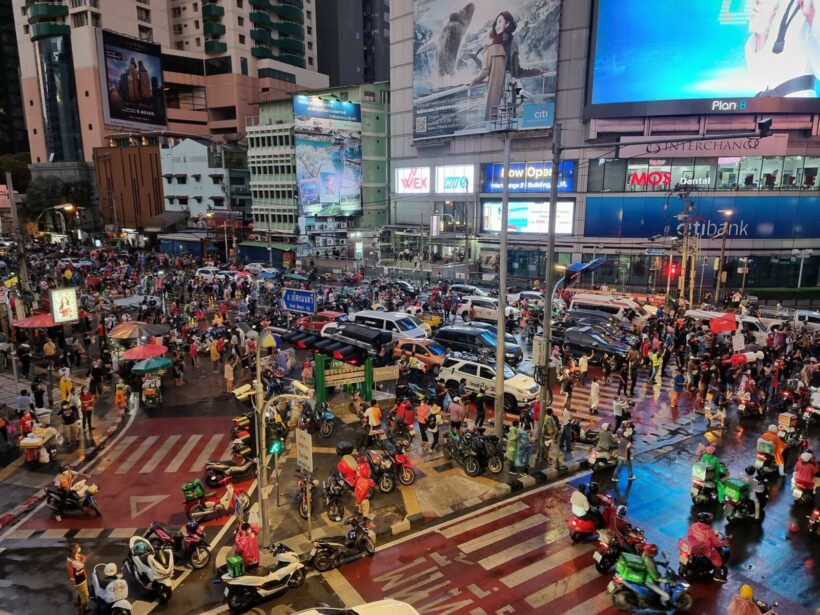 AlexPTY
4 minutes ago, Stardust said: You even dont know there is not one group that there are many different groups and many different protest sides. Or do you talk about this hooligans who shooting around and bring dangereous situation in…
Guevara
39 minutes ago, Stardust said: Then leave Thailand for the good of Thais. It is sure the Thais are not happy about people who like to opress them and destroy their future Probably because a good majority of 'ex pats'…
Stardust
20 minutes ago, AlexPTY said: Dude chill. Groups of what? What is the platform? Who will replace PM? What is the political agenda? Do you know that Anutin is a successor of the current PM? Is it a better alternative?…

Soidog
29 minutes ago, Guevara said: Probably because a good majority of 'ex pats' are just sad and are in Thailand for a 'happy ending'.  As opposed to being just sad elsewhere without any happy ending?
Stardust
46 minutes ago, AlexPTY said: Dude chill. Groups of what? What is the platform? Who will replace PM? What is the political agenda? Do you know that Anutin is a successor of the current PM? Is it a better alternative?…