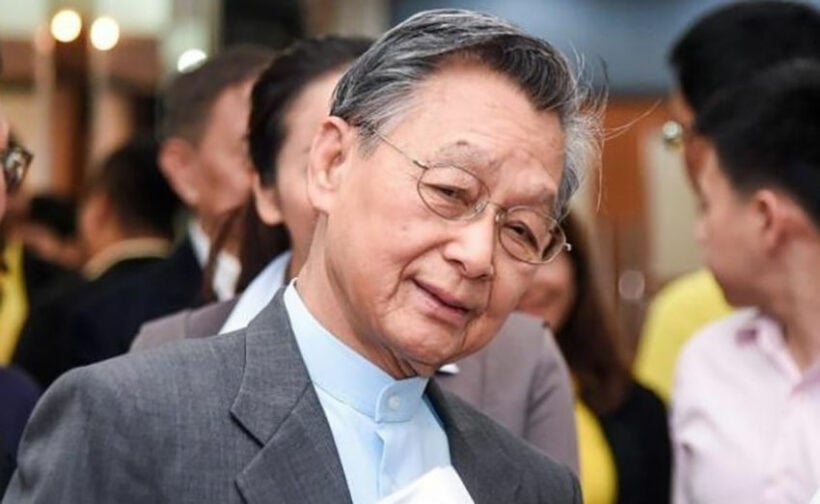 The speaker of the lower house of Parliament, Chuan Leekpai, is proposing an extraordinary session of parliament as the political protests around the country intensifies, especially around Bangkok. Nation Thailand reports that Speaker Chuan plans to discuss the matter with government and opposition politicians today.

Anti-government protests, which began in mid-July, have grown in intensity and frequency, as activists demand the resignation of PM Prayut Chan-o-cha, the dissolution of parliament, and fresh elections. They are also calling for a re-write of the constitution and for reform of the Monarchy.

Most observers see the demands, laid out by protest leaders in a 10-point manifesto, as a “bridge too far”, and that there is little room for compromise in the current political structure. The government’s pro-royalist and conservative agenda, and its support from the Thai Army, is in stark contrast to the protester’s demands for greater democracy, reforms in Parliament and the role of the country’s revered monarchy.

Several protest leaders have already been arrested and the PM has declared a State of Emergency in Bangkok, banning gatherings of more than 5 people. Protesters continued to defy the ban over the weekend, assembling in their thousands, both in the capital and around the country. On Friday, riot police used high powered water cannons to force an end to a peaceful protest in the capital, a decision greeted with widespread criticism from human rights groups, political observers and social media.

In response to Chuan’s proposal, Suthin Klangsaeng from the Pheu Thai Party, says the party is ready for a special parliamentary session, calling on government MPs to prepare themselves too. An extraordinary session of parliament requires the support of a third of parliament, which totals 488 MPs and 250 senators. At least 35 votes are required from government MPs.

The government’s decision last month to postpone a debate on a constitutional re-write, one of the key demands of activists, appears to have added fuel to the fire, escalating political unrest around the country.