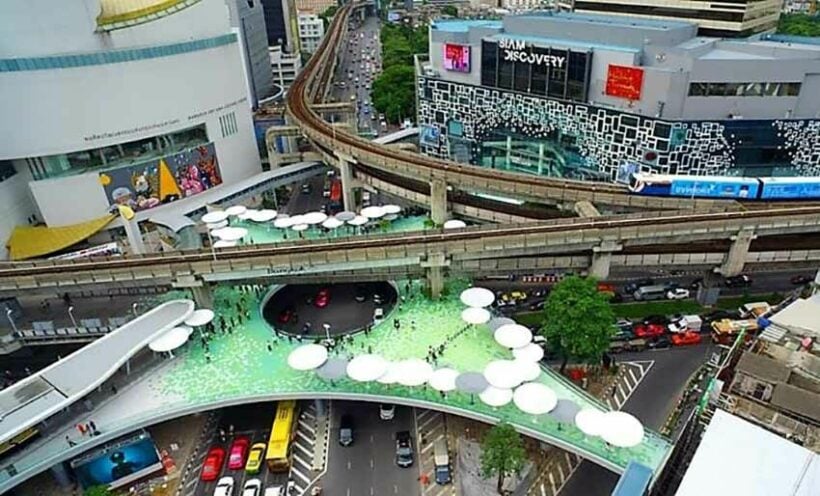 The deputy chief of Bangkok’s Metropolitan Police says 1,085 police officers have been lined up to deal with today’s planned rally at the MBK Skywalk over the Pathumwan Intersection in the capital. Piya Tawichai says 7 companies of officers will be deployed to manage the 5pm gathering, which has been organised by pro-democracy group Ratsadon.

“3 of the companies will deal with crowd control, while the other 4 will come from Metropolitan Police divisions 5 and 6. The main mission of the officers is to ensure public safety and prevent the situation from escalating. Initially only 1 or 2 companies of crowd-control police will be deployed, while additional companies will stand ready in case the situation escalates.”

Ratsadon has called on its members to join the rally to demand the release of 4 pro-democracy activists whose bail applications have been denied. Parit Chiwarak, Anon Nampa, Somyos Prueksakasemsuk, and Patiwat Saraiyam were all denied bail at a hearing at the Criminal Court in Bangkok yesterday.

They are charged with sedition and lèse majesté offences for having taken part in anti-government protests last year. Last night, members of the Ratsadon group gathered in the same location to call for the release of their fellow activists. The rally dispersed peacefully at 8pm.

Piya has pointed out that such gatherings are currently illegal under the Emergency Decree.