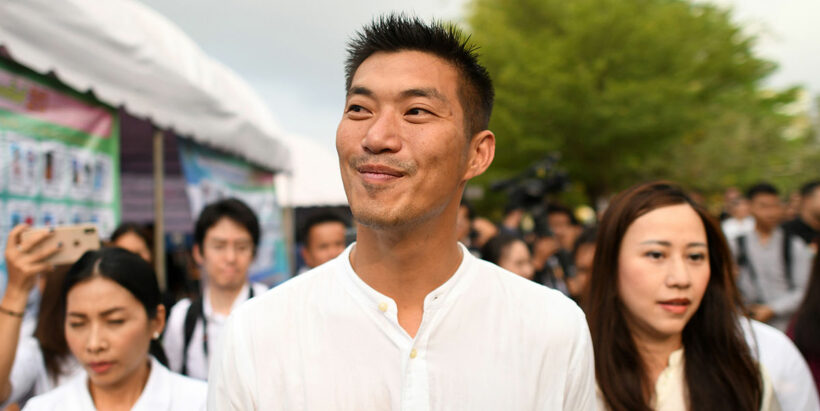 The Future Forward Party leader Thanathorn Juangroongruangkit is inviting his supporters to join him at a rally today. In a live video broadcast via his Facebook page, he invited people to a gathering at 5pm this afternoon at the Pathumwan intersection skywalk on Rama I Road. Stripped of his MP title he is now aiming to rally the voice of change from outside Parliament, rather than from within.

“I am fed up with the current state of Thai society and want to start a change.”

“Today we will stand together and shout out our voices to the ones in power that we want fairness, justice and equality in the society.”

Thanathorn had his latest stows with the Election Commission earlier this week. They’ve now petitioned the Constitutional Court to dissolve the Future Forward Party over Thanathorn’s 191 million baht loan to FF. The EC alleges the loan was illegal for a political party.

Last month, the Constitutional Court revoked Thanathorn’s parliamentary membership. The court ruled that he had registered to run in the March election while still holding shares in a media company, in violation of the law. Thanathorn produced published evidence at his hearings that this was not the case. But the Constitutional Court stripped him of his MP status anyway.