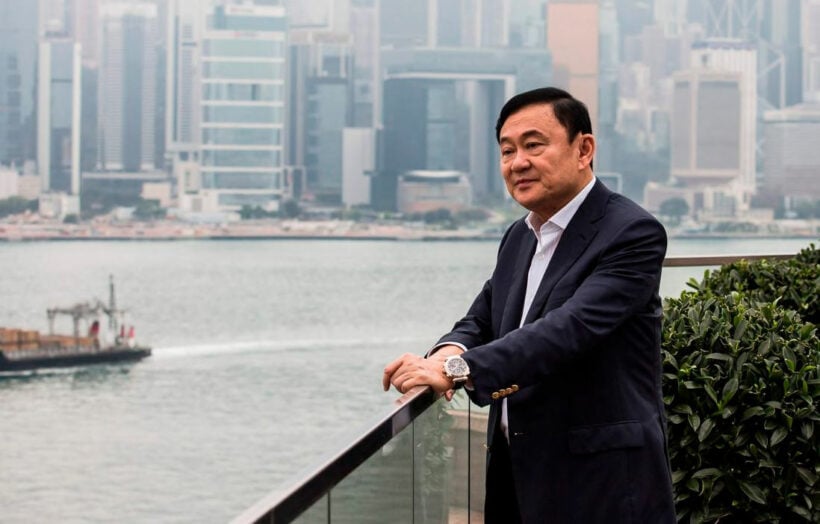 Despite his self-imposed exile in 2008 and living overseas ever since, Thaksin Shinawatra’s shadow still looms large over Thai politics. And now sources claim he’s planning a comeback with a new party, all being engineered offshore, just as the fragile new Thai government starts to run the country.

Fugitive former PM Thaksin Shinawatra is rumoured to be forming a new political party and then relinquish his ‘control’ of the Pheu Thai Party to trusted lieutenant Khunying Sudara Keyuraphan. The revelations have been leaked by a reliable Pheu Thai source. This is what we know…

• The new party, possibly nsmaed Pheu Dharma, would include veterans and new faces from Thaksin’s inner circle among its members, according to The Nation.

• Some members would be drawn from the disbanded Thai Raksachart Party, from among MPs not barred from politics by the Election Commission.

• The Pheu Dharma leader could be Sompong Amornwiwat, only recently elected to lead PTP, and would likely have Anudit Nakhonthap as secretary-general.

The source says Thaksin’s decision to form Pheu Dharma apparently stemmed from his fear of Pheu Thai yielding ground to the rising Future Forward Party. Thaksin is seen as sharing similar free-market and political ideology with Future Forward but does not have control over it.

Thaksin-affiliated parties have seen Future Forward gain popularity in the former strongholds in the North and Northeast, where Future Forward continues their campaigning with a view to future municipal and local administrative elections.