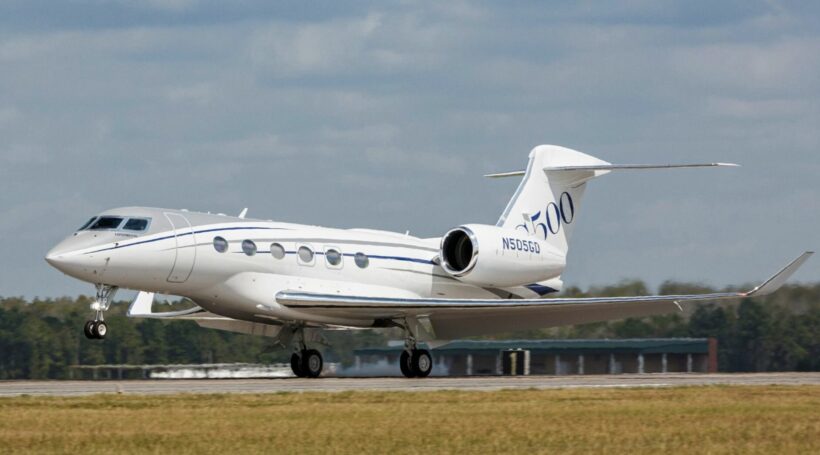 With most of the country’s fleets of commercial jets grounded due to the bans on international travel and limited domestic flights, the Thai Army says they’re planning to buy a new aircraft for “general use”. The plane is reported to be a Gulfstream 500 private jet valued at 1.35 billion baht. The plane would be bought under the 2021 fiscal year budget. The army has not confirmed the aircraft type at this stage.

The army says the plane would replace its old Beechcraft 1900 aircraft that has been in use for over 3 decades, saying they were having a problem sourcing spare parts. The manufacturer of the Beechcraft told the army that they’d stopped manufacturing the plane and that spare parts would “no longer be available”.

The army claim that the new plane is necessary to replace its ageing turboprop Beechcraft for the transportation of senior army personnel and VIPs.

A document showing the army’s plan to procure “a medium-sized aircraft” circulated online after it was found in amongst other army documents.

The Army say their purchase was originally listed in the 2020 financial year budget but was put off until next year because of the onset of the Covid-19 restrictions and budget re-directions. Thai media have scrolled through Gulfstream’s price lists and assumed the new aircraft would be a Gulfstream 500.

Dozens of Cambodians arrested for attempting to enter Thailand illegally

Thailand pries open its borders for Phase 6 of re-openings