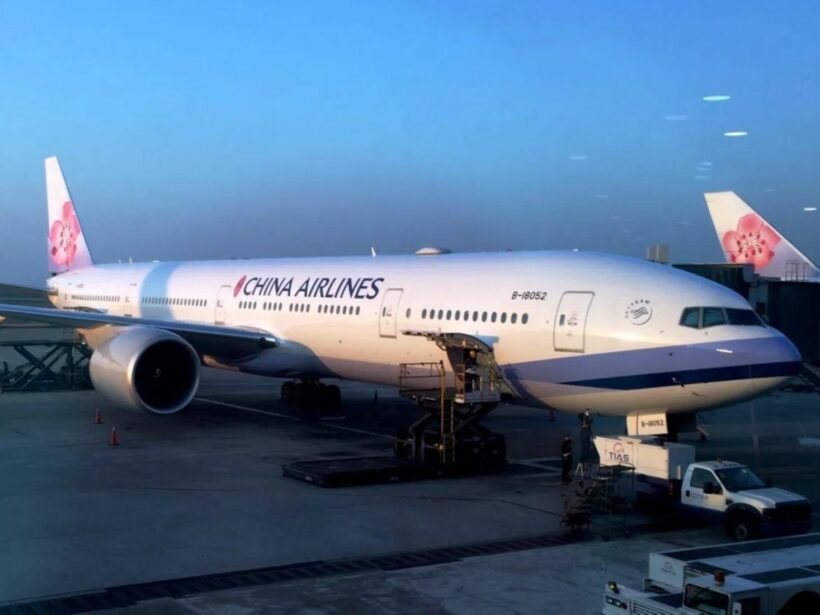 Taipei is considering changing the name of its flag carrier: China Airlines. Perhaps an opportunistic excuse to distance itself from any anti-Chinese ‘Covid’ fallout or just a political ploy whilst China has, well, other things to worry about at the moment.

It seems the Covid-19 pandemic has reignited calls to change the name after the airline sent a series of cargo flights to deliver medical supplies to assist in coronavirus aid efforts around the world. Despite its proximity to the mainland, Taiwan has reported fewer than 400 confirmed coronavirus cases, and netizens on the island are concerned that people will associate the airline with mainland China, not Taiwan, due to its name. And officials at the carrier don’t appear opposed to the idea of the change either.

“Recently, the public has expressed various diverse and lively opinions on the company. Due to the wide range of issues involved, the company has started internal discussions and research with an open attitude.”

China Airlines was founded in Taiwan in 1959 and serves 160 destinations in 29 countries. The majority shareholder is the China Aviation Development Foundation, wholly owned by the Taiwanese government.

The People’s Republic of China considers Taiwan a renegade province. Taiwan’s official name is the “Republic of China”, which was founded in 1911 on the mainland after the collapse of China’s last imperial dynasty, and fled to Taiwan after the 1949 Communist revolution.

Tuesday, Taiwan’s premier responded to public calls for a name change during a media briefing in Taipei.

“The issue of changing China Airlines’ name is not that simple. But distinguishing Taiwan is indeed something that should be done, and the government will do it step by step.”

His comments follow a Facebook post on Saturday from Taiwan’s Minister of Transportation and Communications, who suggested he’d be open to working with the airline on a name change, though he acknowledged they would require a public consensus to go through with it.

A petition requesting the name change was initiated two months ago on Change.org. As of yesterday, it had more than 50,000 signatures.

“It makes sense to pursue this now”

One Singapore-based aviation analyst says that, should the name change actually get the green light, “it wouldn’t be that difficult to implement.”

“You can change your brand name without necessarily changing the name of the parent company or your legal corporate name.”

“That would allow the airline to avoid complications relating to issues like leasing agreements and airport slots, but it is still a big undertaking from a marketing perspective.”

In fact, he says, now might be an ideal time to go through with it, as airlines restructure and adapt in the coming months.

“This provides an interesting window for China Airlines to change its name or brand as it looks at other potential strategic adjustments… it makes sense to pursue this now.”

China considers Taiwan an integral part of its territory, and comes down hard on any suggestions to the contrary, even where aviation is concerned.

In 2018, China demanded global airlines change how they refer to Taiwan on their websites or face sanctions. In response, the White House issued a scathing statement criticising Beijing for pressuring US carriers and other companies on the issue.

But in the end, multiple airlines, including American Airlines and Delta, complied.