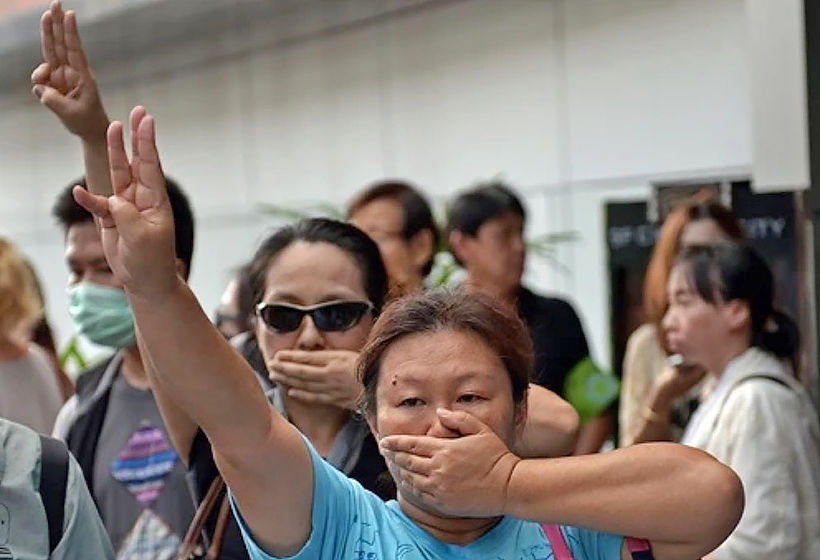 A recent survey by the National Institute of Development Administration, or Nida Poll, found that a majority of Thais agree with students across the country giving the anti-government”3 finger salute” and wearing white ribbons, saying that they have the right to free expression. The study was conducted August 25-27 on 1,317 people aged 15 and over, of various levels of education and occupations throughout Thailand.

When asked for their overall opinions about using the salute and ribbons in a symbolic campaign, and with each respondent allowed to give more an answer:

When asked if they agreed with what the students are doing:

As to whether they thought the campaign indicated there are now conflicts between people of different age groups in Thailand:

Asked whether they believe there are now ideological conflicts in Thai politics: