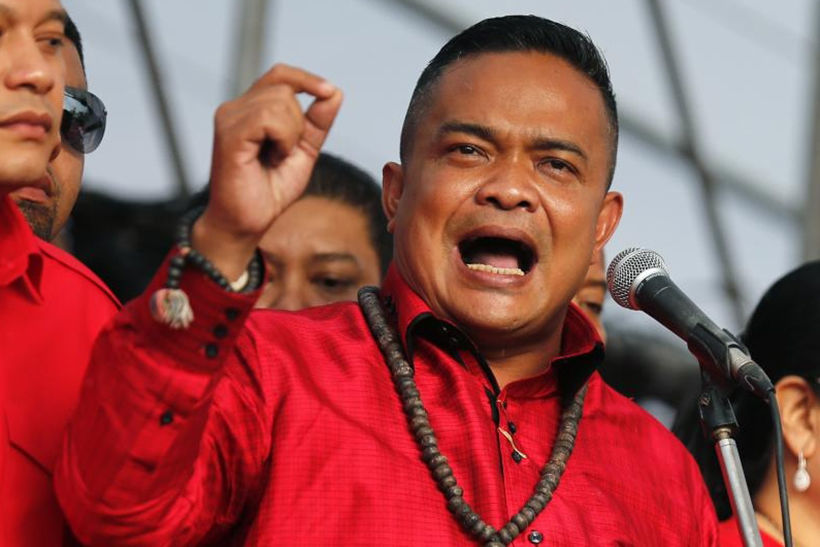 The chairman of the United Front for Democracy against Dictatorship, aka the “red shirt” movement, says the Student Union of Thailand and the Free Youth group, who launched anti-government protests last week, should stick to their 3 demands and not “cross a line” by including discussion about Thailand’s Monarchy. He warns that, otherwise, they will meet the same fate as the red-shirt protesters in 2010 and the student activists involved in the “October 6” events of 1976.

The activists are demanding the dissolution of parliament, the penning of a new Constitution and an end to official harassment of those who oppose the government. But he says all the other demands are acceptable to the public.

“They must leave the Monarchy untouched, otherwise their strong points will be weakened and it may lead to loss of lives, as it did among UDD protesters in 2010 and student activists in 1976.”

The UDD leader emphasised that he is trying to strike fear among student activists, but issuing a warning because…

“I believe that they are not afraid, and I am concerned that how they fight will determine the consequences.”

Without naming individuals, he warned against those who want to push the students to move beyond their 3 clear demands. He also called on PM Prayut Chan-o-cha to listen to the voices of student activists, especially the demands for the dissolution of parliament and the rewriting of the Constitution.

The PM himself issued a similar his own warnings this week, saying he shared parents’ worries for their children’s welfare.

“Be very careful about violations. I think people won’t tolerate it and allow it to happen again. In fact, it shouldn’t have happened in our country.”