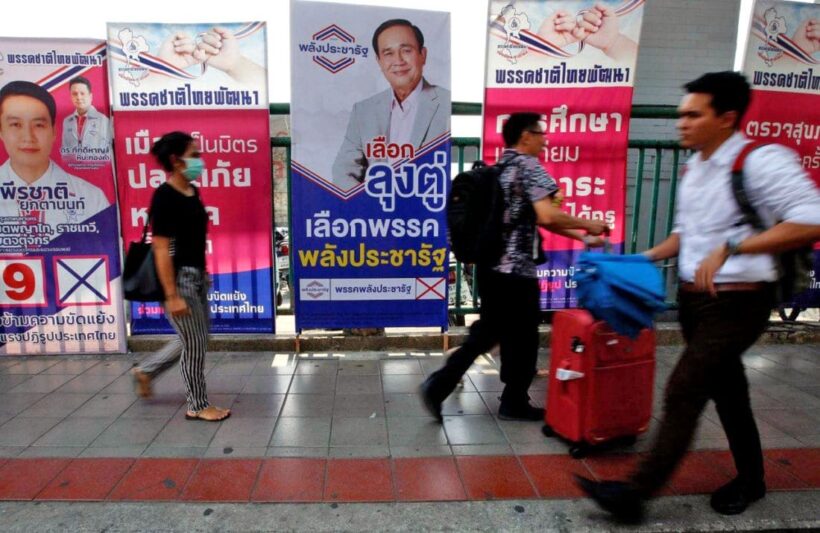 Exactly three months now since the national election for a new parliament and still no announcement of a parliamentary majority, government or ministries.

But two surveys are a strong indication of Thai voter weariness over the drawn-out process of establishing a ministerial Cabinet.

A NIDA (National Institute of Development Administration) poll shows most people (46.4%) complain that their elected representatives are focused only on securing ministerial portfolios.

More than a third of respondents (35.8%) said their MPs had not revisited their constituencies since the election.

The survey saw 1,277 people across the country, 18 years and up, quizzed on Friday and Saturday.

34% thought the MPs were playing the same old games and engaging in wars of words and invariably citing “the public interest” to justify their standpoints.

Nearly 32% say politicians in the government coalition were focused on negotiations over Cabinet portfolios, while 16.3% lamented that opposition politicians were engaging in repetitive arguments to try and topple the government.

There was a modicum of positive sentiment in the poll, with 9.2% saying their representatives often visited them and 8.7% saying most MPs were enthusiastic about working for the public interest.

Meanwhile, a Suan Dusit Poll survey out yesterday found citizens in broad agreement, with 32.8% saying the battle over Cabinet appointments was confusing, problematic and dominated by self-serving political interests.

That poll covered 1,254 people across the country between Wednesday and Saturday.

Nearly 30% of respondents said they wanted to be able to carefully check the qualifications of candidates for ministerial positions. About 24% saw nepotism at work in the Cabinet allocation process, while 15.6% complained that the process was taking too long.

Pundits believe that, with the 34th ASEAN Summit in Bangkok out of the way, the announcement of Ministries should be this week.