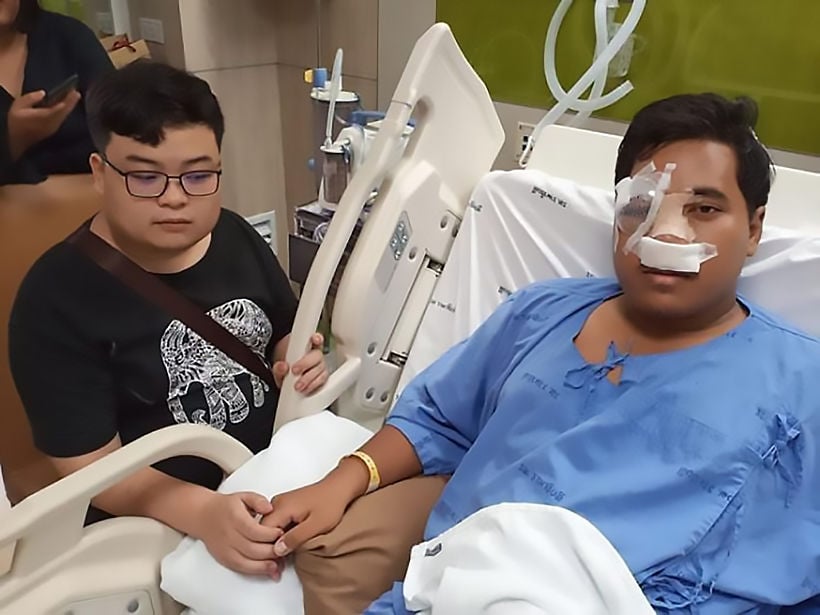 Bangkok police have abruptly suspended their investigation into the brutal attack on a political activist and pro-democracy leader in June of last year. Four men beat Sirawith “Ja New” with baseball bats on a main road in Bangkok’s Min Buri area on June 28. Despite having security camera footage of the attack, Bangkok police say they are unable to identify any of the four men. It was the second such attack on the man in a month. Seritiwat himself has expressed disbelief.

Sirawith posted on Facebook that his family received a letter of notification from police, which read (in Thai): “The investigation into the case has already been completed and the probe report was forwarded to public prosecutors, who recommended that ‘the investigation should be halted’ on the grounds that evidence gathered could not identify who was involved.

“CCTV footage was not clear enough to capture the faces of the attackers so that arrest warrants could be issued. An examination of CCTV recordings could not provide any clue where the attackers stayed or fled to. If the police investigating the case find substantive evidence to identify the offenders, arrest warrants will be issued and legal action taken.’’

In his post, Sirawith demanded to know when when the investigation would continue and his attackers brought to justice. He wondered police might be involved. The post drew sympathy and encouragement from supporters, many roundly criticising police for failing to arrest the assailants despite the clear surveillance camera footage showing the attack.

“Ja New” suffered serious injuries in an earlier attack when he was beaten with baseball bats by four men about 11am on June 2. His external injuries included a fractured eye socket, bleeding in the eyes and a broken nose. He was rushed to intensive care at hospital where a brain scan showed no hemorrhaging. He was conscious, but could not respond.

The following day, Future Forward Party MP Rangsiman Rome said he had obtained security footage showing four men violently attacking Sirawith. Rangsiman wrote on his Facebook page that he and two other party MPs had visited and inspected the scene of the attack and spoken to vendors and motorcycle-taxi drivers in the area, who confirmed the details of the attack.