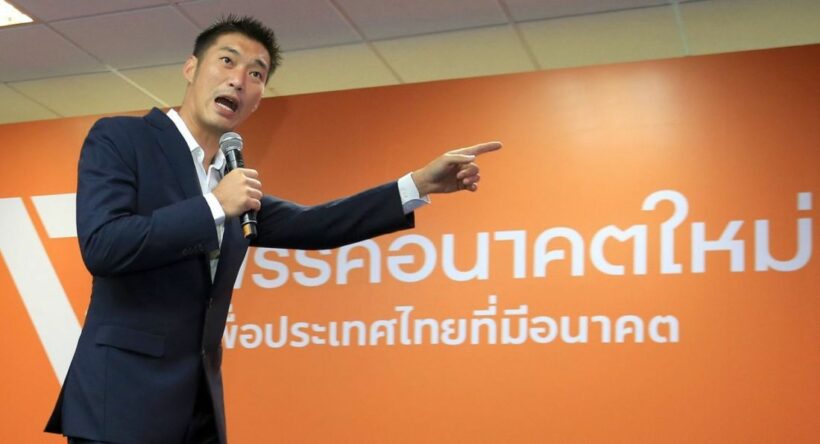 UPDATE: The Constitutional Court has dissolved Thailand’s Future Forward political Party after finding it guilty of breaking the laws pertaining to loans, specifically from its leader Thanathorn Jungroongruangkit. The court has also ordered MPs of the party’s executive stripped of their parliamentary status and banned from politics for 10 years.

Party leader Thanathorn and party supporters gathered at the headquarters in Phetchaburi and watched in stunned silence during the reading of the verdict.

The ruling puts an abrupt end to the stunning rise of the young political party during last year’s general elections. The party rattled the political establishment with its huge popularity, especially among young voters.

The Constitutional Court will hand down their verdict soon this afternoon deciding if the Future Forward Party has broken the law by obtaining loans totalling over 191 million baht. The leader, Thanathorn Jungroongruangkit is accused of ‘donating’ the funds to the party, although FFP say there is extensive formal documentation about the loan.

A guilty verdict would put an end to the progressive political party which made political waves with its anti-establishment political viewpoints. The party polled in third place in last year’s March election, well ahead of expectations and pushing the long-established Democrats into an almost irrelevant fourth place in the poll.

Charges were brought against the party by the actual Election Commission members who accused it of breaching the Political Parties Act which limits a person’s contribution to a political party to 10 million baht each year. It also states that the law prevents a party accessing funds to fight an election through a ‘loan’.

According to the Election Commission, the loans from Thanathorn are seen as against the spirit or intention of the law, which warrants a ruling by the Constitutional Court to dissolve the party.

Future Forward have maintained that the loans are debts and not income or a contribution. Thanathorn insists that the party is committed to repaying the loans which were secured prior to the announcement of the March general elections.

There are probably three possible outcomes from this afternoon’s ruling of the Constitutional Court.

Future Forward Party became a surprising new political force following last year’s election but has also created a few ‘establishment’ enemies along the way. The party has a large following among young people who are attracted by its progressive political policies.