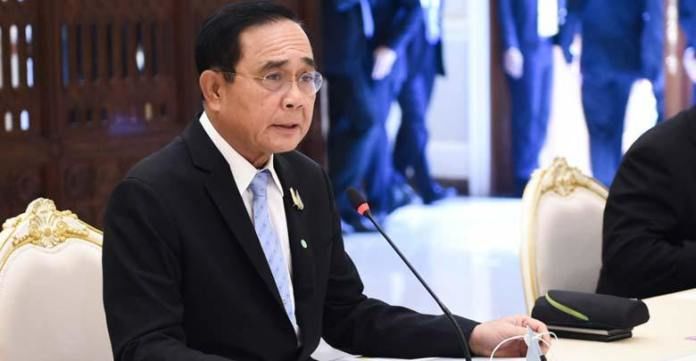 Rewriting Thailand’s constitution is on his to-do list, PM Prayut Chan-o-cha says. He told the media yesterday that he has no problem with amending it and it has always been a priority, he’s just had other tasks he’s needed to take care of first.

The prime minister’s comments regarding the constitution come after a series of protests where pro-democracy activists have been calling on the government to rewrite the constitution. Protesters have also been demanding for the dissolution of parliament and an end to oppressive laws.

Prayut says the first step is organising public hearings to get a sense of what parts of the nation’s charter needs to be changed as well as some core principles to help the rewriting process. At the moment, some politicians are already working on amendment proposals.

While some media say that the Pheu Thai and Move Forward Party have different opinions when it comes to writing constitutional amendments, the Bangkok Post says Pheu Thai member Sutin Klungsang dismissed those reports.

“Only the section on charter amendment should be altered at this time … a new constitution drafting assembly [CDA] should be formed, which will then take care of the rest of the process.”

While Sutin didn’t acknowledge a clash in opinions between the 2 parties, there seems to be some tension.

Move Forward Party member Rangsiman Rome says his party is still waiting for an answer from the Pheu Thai party regarding their stance on a proposed amendment involving senators’ power to vote for a prime minister. The Post says Rangsiman lashed out at Pheu Thai earlier this week over its stance on amending the constitution.

A member from the Pheu Thai party shot back, according to the Post, insinuating that the Move Forward Party has not been listening to their suggestions for amending the constitution.