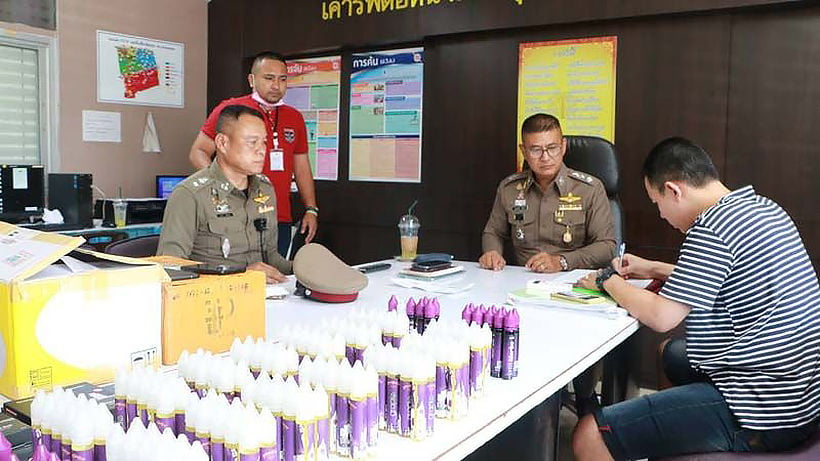 A Bangkok man is facing 3 years in prison and/or a 600,000 baht fine for selling e-cigarettes and vaping fluid, which are legal in many countries and even encouraged by some people as an aid to giving up actual cigarettes, on Facebook.

Trading standards officers and police, acting on a tip, went to a house in Bangkok’s Nong Khaem subdistrict, where they found 24 year old Pongsakorn, alias “Geng”, on his motorcycle outside. He was delivering some vaping fluid to a customer.

A search of his house uncovered 3 e-cigarettes, 62 coils and 251 bottles of vaping fluid, which he admitted were all his. He was using his girlfriend’s Facebook account, under the name Pui Fai Wanlapha.

Thailand has strict laws regarding e-cigarettes, enacted in 2015. The actual use of the devices and the fluid is still a grey area, but their importation and sale is a serious offence.