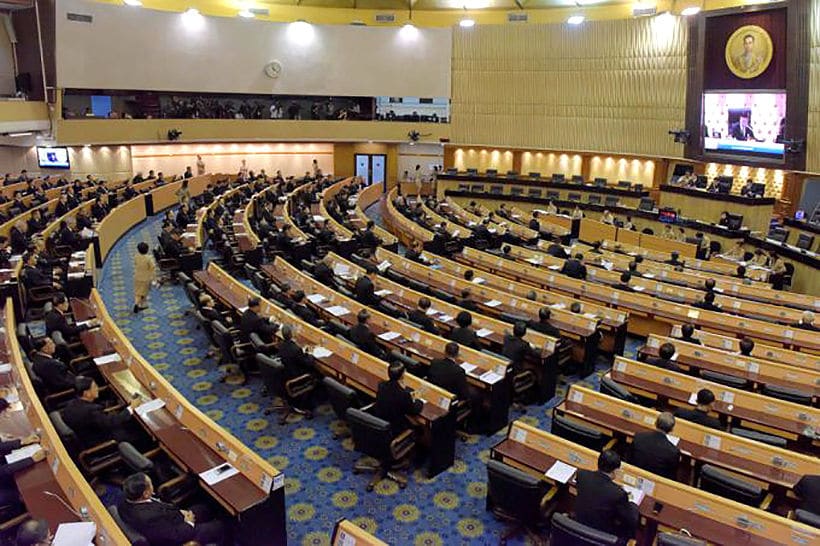 Just as it appeared the dust was settling on the fractious formation of a new parliament for Thailand, more than 40 MPs of the pro-junta bloc are now targeted in cases related to media shareholding after their names were submitted to the Constitutional Court.

Should these MPs be suspended or disqualified, the pro-junta coalition’s narrow Lower House majority could vanish and it will be unable to pass any legislation, including the national budget bill.

Newly appointed Lower House speaker Chuan Leekpai yesterday submitted a petition with the Constitutional Court asking it to investigate if 41 members of the chamber could have qualification issues over their alleged media share holdings.

Of the 41 MPs under investigation, 27 are from Phalang Pracharat, 10 from the Democrat Party and one each from Action Coalition for Thailand, Bhumjaithai, Chartpattana and Prachaphiwat, all now allied with the Palang Pracharat coalition.

The submission follows complaints lodged by Future Forward Party MPs, after their leader, Thanathorn Juangroongruangkit, was also hit by the same allegations and ordered by the Constitutional Court to take a break from his work as MP until it reaches a conclusion.

The Constitution prohibits MP candidates from holding shares in media companies, and if found guilty, they can be disqualified, face a jail term as well as a fine.

It is now up to the Constitutional Court to decide if it will take up the 41 MPs’ cases, and if it does so, whether it will be consistent in suspending them from Parliament as it did with Thanathorn.

Phalang Pracharat registrar and MP Vichien Chavalit, whose 27 colleagues were among those named in the petition, told the press that the party had already prepared testimony in relation to the cases. Vichien said it was up to the court to decide if the MPs should be suspended, adding that the party had checked every candidate’s qualification before the election.