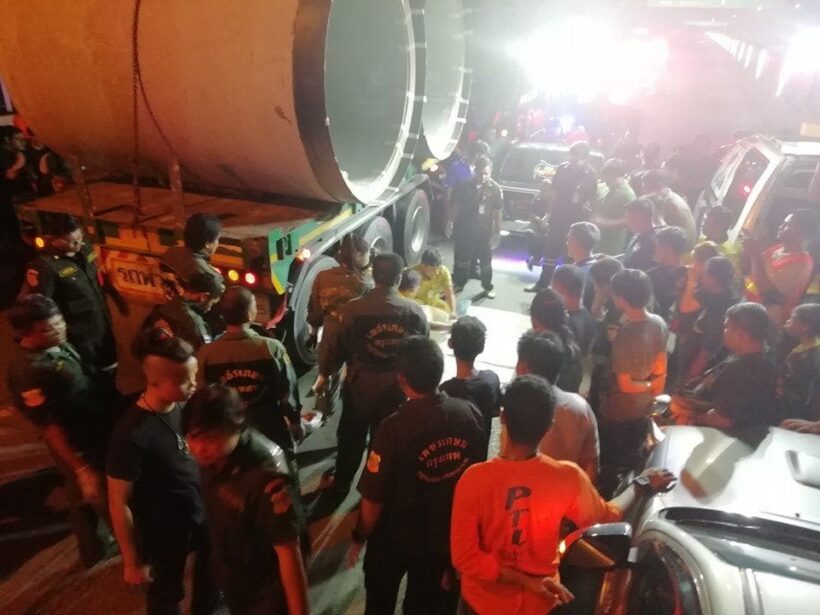 A motorbike passenger has died after colliding with a pickup truck and then being crushed by a passing truck in Bangkok.

Police News report that Kannayao Police were notified of the incident on Ramintra Road last night. Police and emergency responders arrived to find a damaged motorbike and pickup truck. The truck was still sitting in the middle of the road.

The body of the motorbike passenger, 24 year old Duangruedee Thepthong, was found under the truck’s wheel. Her head had been crushed by a wheel of the truck. She was wearing a bike helmet at the time.

The truck driver told police that while driving he heard the crashing noise. He saw the motorbike had collided into the back of the pickup truck and that the motorbike passenger bounced off under his truck. He has been assisting police with their inquiries.