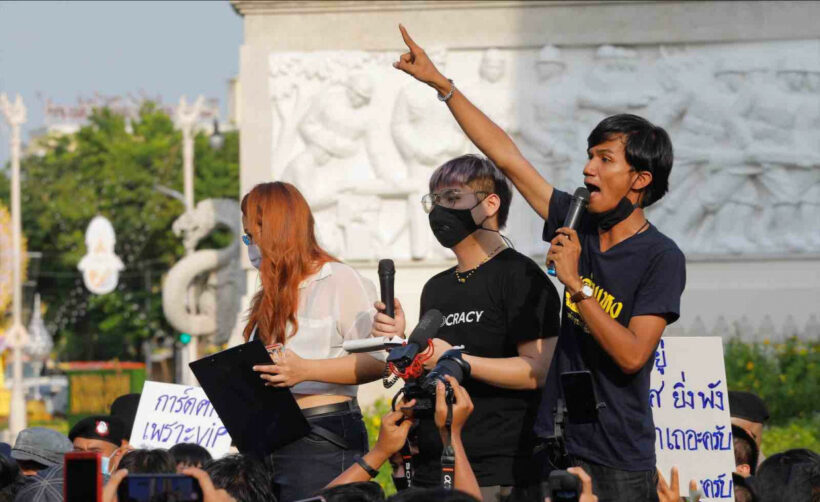 In the largest political rally in months, over 1,000 people turned out to protest the government of PM Prayut Chan-o-cha at Bangkok’s Democracy Monument last night. The protest was led by The Student Union of Thailand and the Free Youth group, who called for the gathering through social media. It was the largest political rally since before the Covid-19 crisis and the Emergency Decree, which essentially banned mass gatherings.  Although the Emergency Decree remains in effect until at least the end of July, government and police officials stated yesterday afternoon they did not intend to interfere with the protest.

The protest made 3 key demands:

Protesters told reporters if the government doesn’t respond to the demands within 2 weeks, they will intensify the movement.

The demonstrators, many of them in black shirts, began streaming to the Democracy Monument at about 4:30pm. Some of them held posters reading “Get Out Prayut” and “The Longer the Government Stays On, the More the Damage.”

One of the protest leaders, Thammasat University student activist, Prit Chivarak, better known as “Penquin”, accused the government of incompetence in administering the country and voiced his objection to the extension of the state of emergency.

Tatthep “Ford” Ruangprapaiserikit, of the Free Youth group, asked whether anyone in the government would be held accountable for the Egyptian military debacle in Rayong province, accusing the administration of “lowering its own guard” while repeatedly urging the people maintain theirs.

Chuthatip Sirikhan, president of the Union of Students of Thailand, asked the protesters to turn the torch lights of their smart phones on and aim them at the monument, as a symbolic gesture showing that “Thai democracy is now in darkness.” She said protesters would maintain the vigil at the monument “to prevent democracy from vanishing from the country.”

Police arrived at the scene and, using a bullhorn, warned protesters that they might face a 2-year prison term and/or a fine of 40,000 baht for not observing social distancing. The warning was ignored.

Leaders initially planned for the rally to continue overnight and end at 8am today with demonstrators singing the national anthem. The demonstration ended at about midnight, when the secretary-general of the Free Youth group and the chairwoman of the Student Union of Thailand read a joint statement announcing the end of the rally. 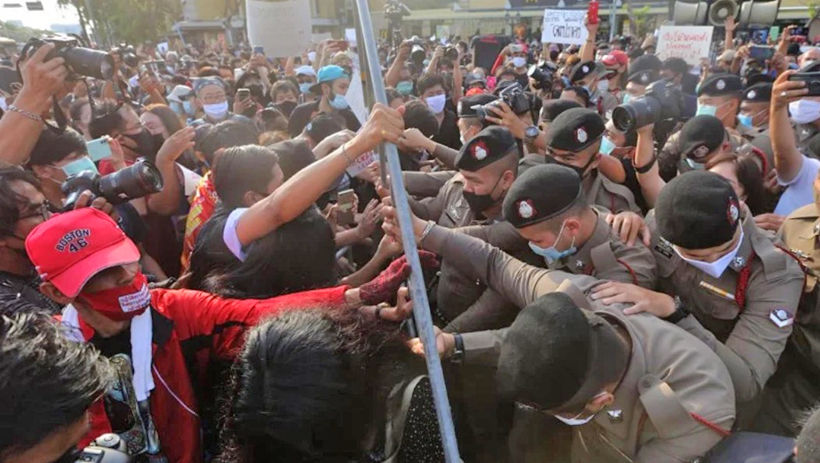 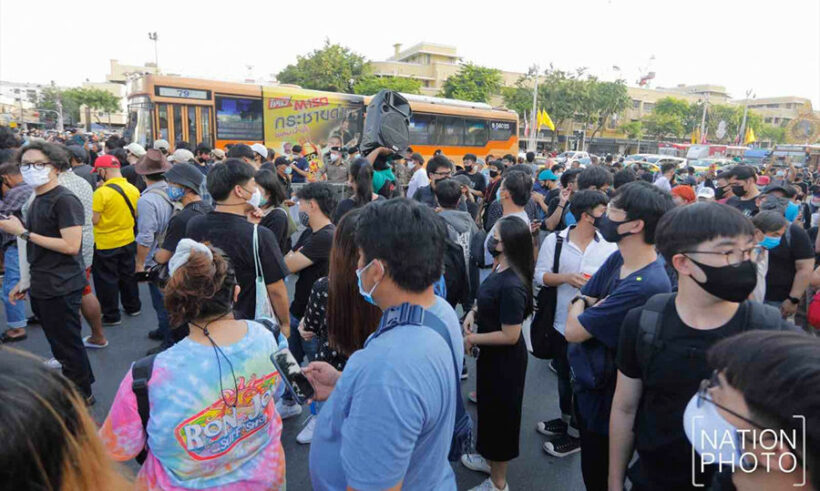 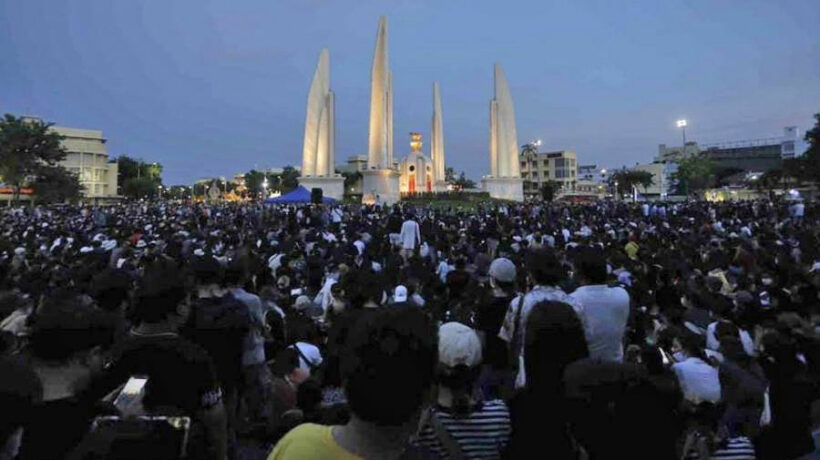