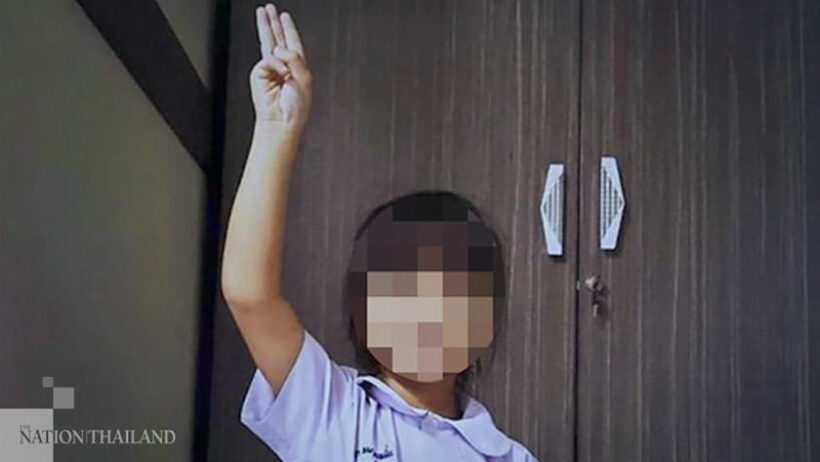 Thai social media is awash with outrage following a visit by government officials to the home of a kindergarten student who used the anti-government 3-fingered salute. CCTV footage, which shows officials arriving to talk to the girl’s parents, has been posted on Facebook, along with a message questioning the reason for the visit.

“The authorities are looking for Om Yim, for raising 3 fingers. Is that the reason why they came to threaten us?” 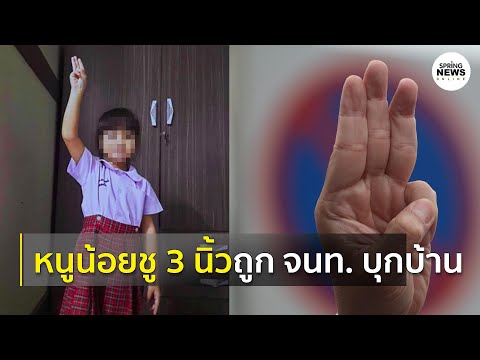 Details of the conversation between the parents and their surprise visitors have not been made public. A report in Nation Thailand says the child is a kindergarten student in the north-eastern province of Yasothon.

The 3-fingered salute is widely used by activists participating in the anti-government protests that have been taking place around the country since mid-July. Borrowed from The Hunger Games, the salute is being embraced by young protesters across Thailand, from university students to school-goers.