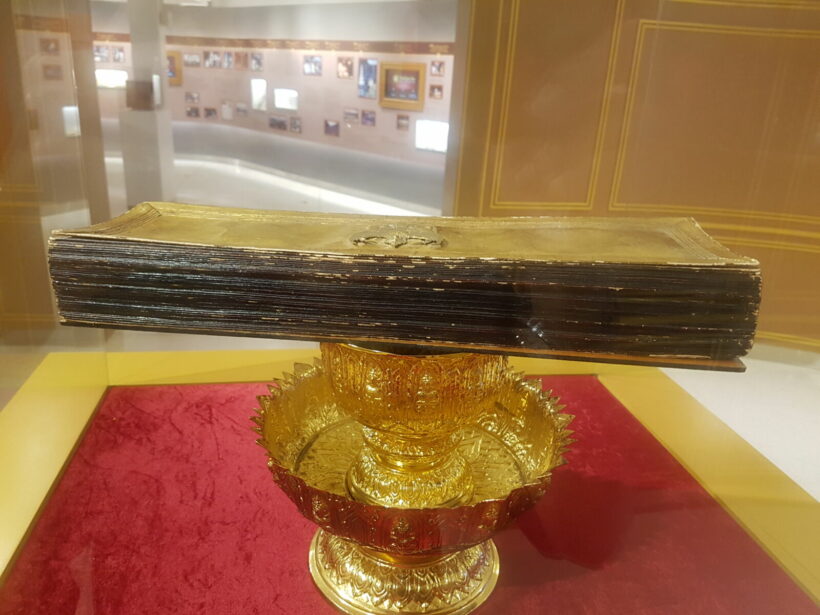 PHOTO: A draft to revise the Constitution was rejected. The original 1932 Constitution of Siam is seen here. (via Wikimedia)

A draft amendment started by Pheu Thai Party, an opposition party, to establish a Constitution Drafting Assembly has just been rejected in the parliament. The legal advisory committee to parliament rejected the amendment, which was intended as a path towards creating a new, revised charter.

The section in question, Section 256 in Thailand’s constitution, would be amended in order to allow a new committee to write a new charter. The Constitution Drafting Assembly would endeavour to create a new charter for Thailand. In March, senators and parliament members voted down a third attempt at opposition parties amending Section 256.

With that ruling from the Constitutional Court, the advisor to parliament president and House Speaker Chuan Leekpai said that the new draft amendment could not be considered in parliament deliberations in the upcoming June 23 and 24 session. It must now pass the national referendum first. Activists attempted to file charges against people who previously voted for the draft since it was in violation of legal proceedings without a referendum.

The politicians have been coming at the fight for an amendment to the Constitution from all sides, by submitting multiple amendment proposals as a collective and also by each party separately. They hope the continued submissions will eventually result in at least a few pieces of legislation creeping through and changing the charter in baby steps.

Opposition wants to write a new charter but stated that they intend to keep the beginning of the existing Constitution, retaining Chapters 1 and 2 that pertain to the monarchy and the basic provisions of Thailand as a country. They plan on adding Chapter 15/1 though – provisions to cover the writing of a new charter.