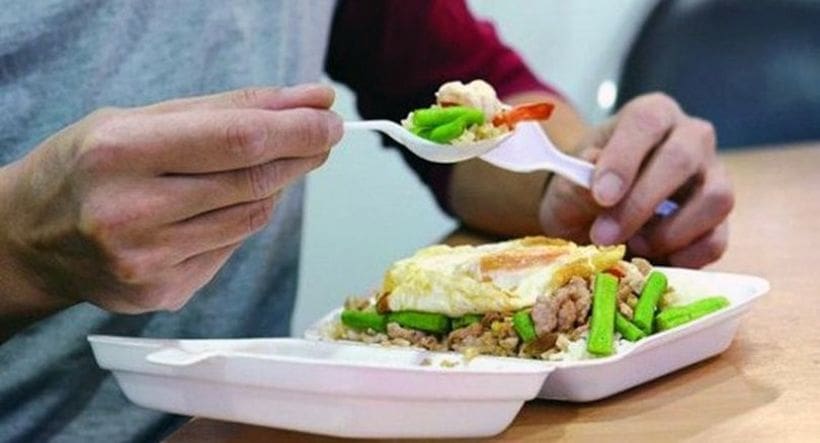 Songkhla in Thailand’s south, is now well on the way to establishing itself as a foam container-free city as green trends continue to grow.

During the past three years, more than 500 establishments in Songkhla have been certified as being free of disposable food foam (poly styrene) containers. At least seven communities and 32 restaurants have also earned such a “green” certification.

Since last October, state hospitals in Songkhla have also dispensed drugs in fabric bags instead of plastic bags.

The local office of natural resources and environment is also determined to develop at least one foam-free market in each district of Songkhla.

“This year, we have continued our campaign to encourage markets and shops in tourist areas to not use plastic and foam,” Songkhla Governor Weeranan Pengchan said yesterday.

He was speaking as the representatives of 49 private and government organisations signed a memorandum of understanding to support the cause. According to Weeranan, the campaign encourages the use of fabric bags and urges consumers to shun foam food boxes/plastic bags.

“Foam containers are made of polystyrene plastic. When exposed to very hot contents and food with vinegar or alcohol as ingredients, they may leak harmful styrene,” he said.

Utissak said using food foam containers per meal every day over 10 years could raise cancer risks by six times, when compared with non-users.

Songkhla is not the only city campaigning for green causes. In the northeastern province of Khon Kaen, 43 government offices signed a memorandum of understanding to reduce waste.