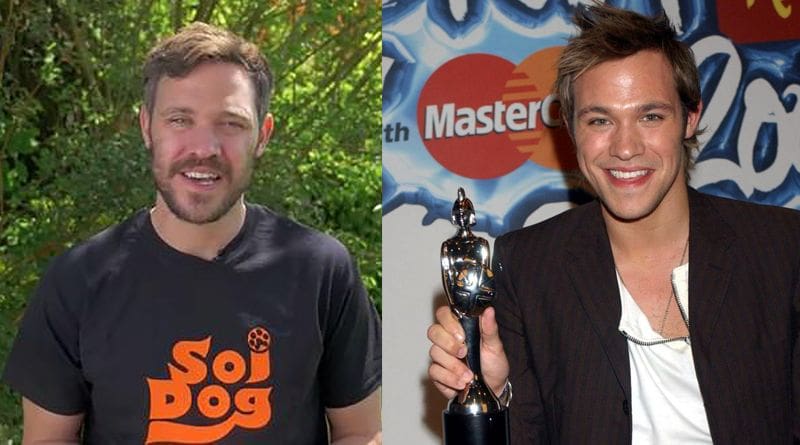 British singer Will Young sold two of his Brit Awards, highly-respected popular music awards for the British music industry, for a Phuket charity. But he says he only raised £800 (33,000 baht) for them.

The singer told Chris Evans, a Virgin Radio Breakfast show presenter, he went through with his pledge to auction off the gongs after announcing he was retiring from music.

“I did sell my Brits (British Music Awards) for charity. I can’t remember how much for, I think it was £800.

“I didn’t need them. I was looking at things around my house and thought ‘do I get joy from these things?’ The answer was no they don’t, so why am I holding on to them?

Will Young became a patron of the dog and cat welfare charity Soi Dog Foundation back in 2015, when he became aware of the campaign to end Thailand’s illegal dog meat trade.

“I am thrilled and honoured to be a new patron of Soi Dog Foundation,” Will said at the time.

“The plight of dogs caught in the dog meat trade is heartbreaking. As a proud nation of animal lovers, I hope that people will get behind this incredible charity to rescue animals and give them a chance of happiness.”

In 2017 the Pop Idol winner said he was no longer interested in being a singer. Will said he wanted to move to Cornwall to become a therapist and turn his back on his showbiz career.

It came after he pulled out of Strictly Come Dancing just weeks into the competition as he continued to battle Post Traumatic Stress Disorder. He has bravely spoken out about his troubles, which he says stems from keeping his homosexuality a secret, being bullied at primary school and being separated from his twin brother at birth.

Will Young has been a fixture on the UK music and culture scene since his debut album in 2002 “From Now On” went straight to number one in the charts.