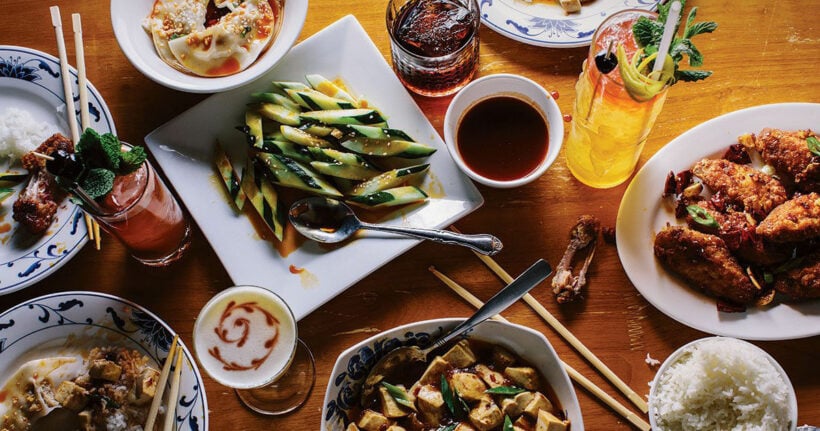 PHOTO: MSG got a bad rap for 50 years - bostonmagazine.com

MSG, or monosodium glutamate, a common seasoning in many foods from Doritos, to salad-dressing and Thai food, is making a come back. Not that it really went away. But there was 50 years or so when it suffered, unreasonably, a poor reputation.

For years it was branded an unhealthy processed ingredient despite a lack of supporting scientific evidence. It became the whipping boy of Chinese restaurants with people alleging they would suffer from symptoms like dizziness and palpitations after eating Chinese food seasoned with MSG. It even earned the nickname “Chinese restaurant syndrome”.

The Merriam-Webster even added “Chinese restaurant syndrome” to its dictionaries from 1993 after it became somewhat of an urban legend such that it became excepted that a lot of Chinese food contained MSG and that it was, somehow, bad for you. Despite hundreds of studies there has never been any repeatable experiments where it could be proven that monosodium glutamate was bad for consumer’s health or could repeat the alleged side-effects in control groups.

It all started when a biochemist wrote a letter to the New England Journal of Science in 1968 saying that Chinese restaurant food left him “lightheaded and with odd aches and pains”. The next issue of the journal published more purported side-effects.

That grew into a meme that Chinese food was dangerous for you and spread quickly, and even gained some early legitimacy by some medical professionals at the time. A 1969 scientific paper claimed that MSG was “the cause of the Chinese restaurant syndrome,” and said it caused “burning sensations, facial pressure, and chest pain.”

Subsequent scientific studies over the next half century have never been able to validate the 1969 paper’s claims or find any link between the white salt-like substance and any side effects. Studies suggest that any correlation on side effects from eating MSG were probably psychosomatic.

MSG was first introduced in 1908 by a Japanese chemist Kikunae Ikeda, who was able to isolate unique flavour of a popular broth made from a seaweed called kombu. Ikeda described the flavour as neither salty, sweet, sour or bitter. It was unique. The taste came from the glutamate in the seaweed and earned the new, “fifth taste” which would be called “umami”, neither salty, sweet, sour or bitter.

But MSG has been used as an active ingredient in many Asian foods, not the least Thai food where the white crystals are sprinkled liberally on favourite Thai dishes from the street stalls to the hi-so restaurants.

Now there’s a campaign, “Redefine CRS” headed by Japanese food and seasoning company Ajinomoto to reflect the current knowledge about MSG and the impact of misinformation on the public’s perception of Asian cuisine.

The whole Chinese Restaurant Syndrome was a western construct and never became a ‘thing’ in Asia. So Ajinomoto are calling out the half century of misinformation as “racist”. If MSG was actually dangerous or could conjour up it’s reputed side effects a long list of Asian countries and their populations would be walking around complaining about it.

In a video several Asian American figures, restaurateurs, and medical professionals spoke out against the misconceptions surrounding MSG and Chinese food. Famed restaurateur Eddie Huang, whose memoir was adapted into the hit sitcom “Fresh Off the Boat points out that MSG is not only delicious but found in hundreds of commonly used foods we use every day.

The campaign proposes a redefinition of “Chinese restaurant syndrome”… “an outdated term that falsely blamed Chinese food containing MSG, or monosodium glutamate, for a group of symptoms.”

Chances are, you’ve eaten it. You light be eating it right now as you snack and scroll through your phone. MSG is a common amino acid naturally found in foods like tomatoes and cheese, which people then figured out how to extract and ferment. This fermented glutamate salt is now used to flavour lots of different foods like stews or chicken stock and seasoning.

A joint study by the World Health Organisation and the UN Food and Agriculture Organisation “failed to confirm a link between MSG and the ‘Chinese Restaurant Syndrome’. The syndrome itself was based on “anecdotal” evidence rather than any scientific fact.”

As the new campaign points out, the public scare over MSG unfairly placed the blame on Chinese food. That myth persists in many western countries where Chinese food as is sometimes considered processed, unclean, or unhealthy.

So, head down to your local Chinese restaurant and thoroughly enjoy your meal because it tastes great, along with all the other Asian cuisines you love. If you feel ‘icky, bloated and tingly’ after your meal it’s not the MSG, you probably just ate or drank too much.

As a side note, The Thaiger was involved in an experiment six years ago in Phuket when we had two control groups of three people. The six people were sat down and told we wanted to measure the effects of MSG in their food. All were given a standard Pad Thai Goong. One group was told the meal had been prepared with MSG, the other without MSG. In the interviews after, the group who ate the food prepared with MSG noted they had ‘tingling around their lips’, ‘feeling of flush cheeks’ and ‘racing heartbeat’.

The other group, who were told their meals were prepared without MSG, had no complaints.

Then everyone was told that, in fact, the meals had been switched, so that the group who thought they had consumed MSG had eaten a Pad Thai Going without any MSG.

Hardly a scientifically-validated study but an indication how we can be easily convinced to believe anything.

“An emergency in China” but not an internal epidemic – Coronavirus update

Fortress Wuhan. Chinese authorities lock down the source of the coronavirus.