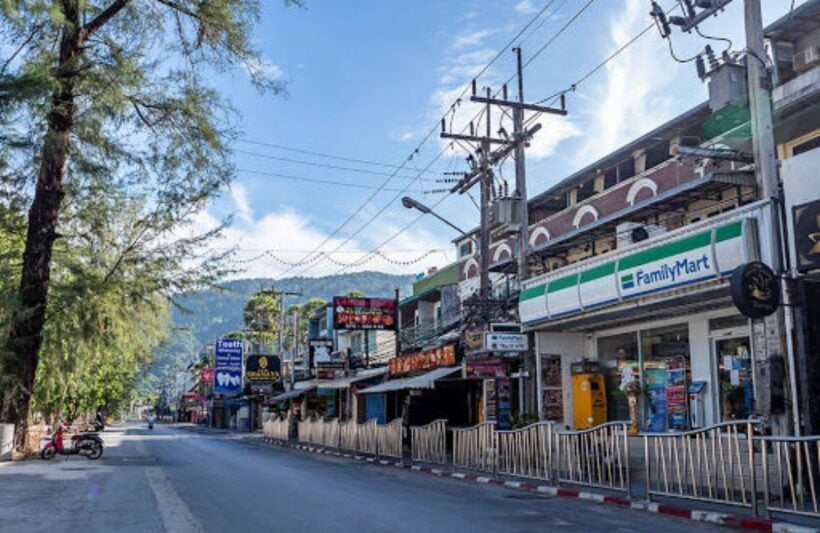 PHOTO: Visions of Patong that will haunt locals for years - Dive Magazine

Have a read then vote at the bottom of the article.

“We are just back from last week’s trip to Phuket and I could not have imagined the destruction going on. Boarded up shops and restaurants, interiors torn out, even hard to find a place to have a dinner. Eerie streets that you felt uncomfortable walking at night time and I a not talking about the small sois, but main beach streets.

The contrast is striking with Hua Hin, where you have weekenders from Bangkok and a large retired expat community to support the community.

Attracting long-staying retirees should obviously be part of the solution but the focus seems to be on elite cards and high-spending, short-term tourists that will disappear once the next catastrophe arrives. Alongside Thailand’s excellent hospitals and with the right policies it should not be too hard to promote Thailand as a retirement destination.” 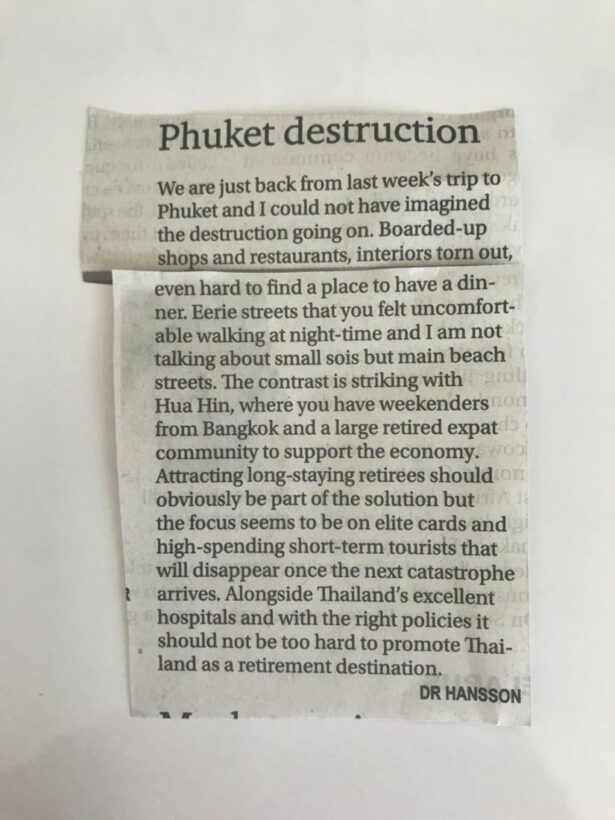 This letter to the Editor in the Bangkok Post from “Dr Hannson” has triggered off a robust response amongst expats and external commentary from people that want to return to Thailand.

We assume that Dr Hannson was speaking of Patong in Phuket (although his comments could equally apply to other west coast tourist towns – Kata, Karon, Kamala, Surin). It also needs to be said that Phuket also has a large contingent of expats living there although Patong is not their primary ‘hang out’ and tend to be spread around the island.

Still, the fact remains, Phuket has been gutted by the loss of tourists as a result of the government’s lockdowns and ban on foreign tourists. As the writer correctly notes, Hua Hin (and Pattaya and some of the ‘spots’ closer to Bangkok) have fared better due to their proximity to the capital and can be reached easily in a car. Phuket requires more expensive flights and has not benefitted from the promotion of domestic tourism.

As a place to retire, Phuket has already been a popular choice but, as Dr Hannson says, the government could make it a lot easier for people to retire in Thailand, and the island, so Phuket’s economy could better survive future exogenous events like this that cut off the tourist dollars.