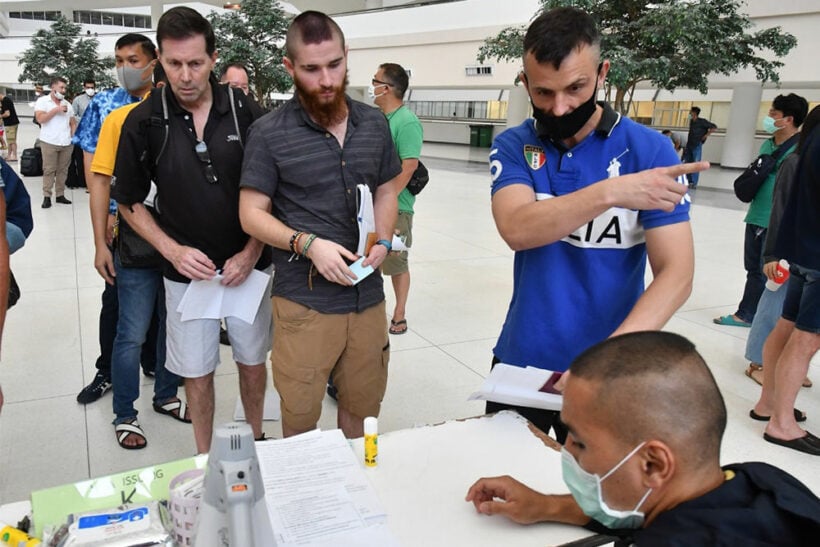 The Thai Immigration Bureau has provided more details on a proposed visa amnesty extension. The proposal, expected to go before the Cabinet at its regular meeting on Tuesday, is being presented as more of an application for a grace period than an extension.

The proposal would essentially provide a grace period for those on amnesty without a valid visa, to apply for a different visa. If the applicant is truly unable to get home they’ll need to provide proof of their situation, and they would be given a short term extension while the situation is ongoing.

The immigration commissioner says the proposal is for the grace period to run until September 26, however dates are subject to change based on Cabinet approval. Under the proposal, those planning to leave normally would have until that date to depart and would not need to take any further action if they chose not to apply for a different visa. Those on amnesty would also be allowed to apply for different long stay visas if they qualified.

Plenty of questions remain. With the ban on most international arrivals, flight opportunities are few and airlines unable to reliably predict if booked flights will actually be happening*. How will people on a tourist visa, or other visa that normally requires border runs, work with borders currently closed?  The Immigration commissioner says that each person on amnesty, if they wish to stay past the grace period, will need to discuss this on a one-on-one basis with Immigration, provided the proposal is approved.

An Immigration spokesman said specific rules for visa applications and extensions will be clarified and presented to the public after the Cabinet makes its decision.

The Thaiger will continue to provide updates as details emerge.

* Many flights continue to be scheduled by international carriers, and some can be booked, but many of these flights end up being cancelled or shuffled to forward dates.

Transit passengers must have health certificate before buying ticket: CAAC

Diplomats no longer exempt: will be subject to quarantine