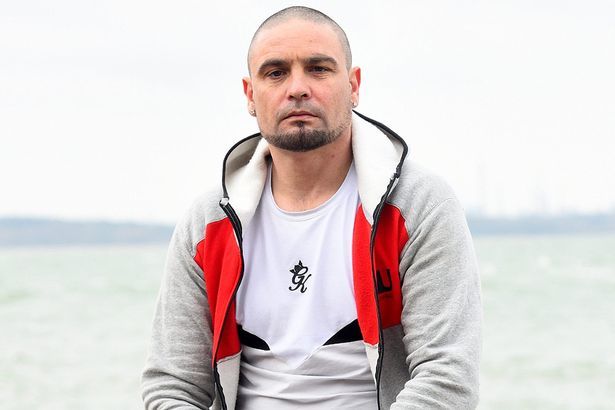 A British father of two has shared his horror story after being locked up in a Thai jail. Imprisoned for overstaying his visa, 35 year old Kai Isaacs claims a fellow inmate died in his arms following a brutal beating. The incident happened back on May 21 in the International Detention Centre, situated next door to the swanky Sathorn residential area in Bangkok.

Kai, from the Isle of Wight, was imprisoned with 150 other inmates at the IDC. He says he was locked up with gangsters and suspected terrorists, according to the article in the Mirror Online. He said all 150 inmates had to sleep on the floor, ten in a row.

“It was the worst three months of my life.

“It was hot, it stank, it was noisy, it was violent and scary.”

Kai relates the story of an American who was singled out after he arrived at the IDC. Four days later he’d be dead…

“When this American lad, Rickey McDonald, came in they singled him out. They didn’t like the USA much. They picked on him from the minute he walked in the room. They beat him and beat him and beat him. He was bullied to the point he couldn’t get water. They gave you a three-litre bottle to fill up but the water was only on for an hour a day. If he stood up they hit him.”

“But the guy died in my arms . It was suspected heart failure. It was horrible and I was still in there for weeks after it happened.”

Rickey “Rick” Eric McDonald, 41, of Lexington, passed away May 21, 2019 in Bangkok, Thailand.  A Lexington native, he was born on June 14, 1977.  He was a graduate of Dunbar High School (’96) and attended St. Lawrence University, University of Copenhagen, and Georgetown University.  He held a teaching certificate in English and was a published author.  Rick enjoyed travel and traveled extensively throughout Europe and Asia – milwardfuneral.com

Kai has passed on his story to the FBI, who are investigating the death of the US citizen from Kentucky on May 21.

His problems started when he travelled to Thailand in August 2018 with a one-way flight to visit his girlfriend. He claims the cash he’d sent himself through MoneyGram was unable to redeemed when he arrived in Thailand. He was told somebody else had already withdrawn the cash.

With no cash for a return flight and only a 30 day visa, he ended up going to stay with friends and left it until March this year to contact the British Embassy in Thailand.

Kai claims the Embassy advised him to hand himself in and that he would be likely locked up in the International Detention Centre before being deported back to the UK. He was first detained in a ‘cage’ before his appearance in a Thai court.

“I was kept in a cell with around 50 Thai ­people in a cage for five days then taken to court.”

He told Mirror Online that all his possessions, and what little money he had, went ­missing while he was in the police cell.

“It’s an inhumane place. There are guards but there is a hierarchy among the inmates. The bosses were Iranian ­gangsters and regularly gave severe beatings. Every moment in there was horrific. I wouldn’t wish it on anyone.”

Kai was finally deported in June this year with the help of the British Embassy and has now been barred from returning to Thailand for five years.