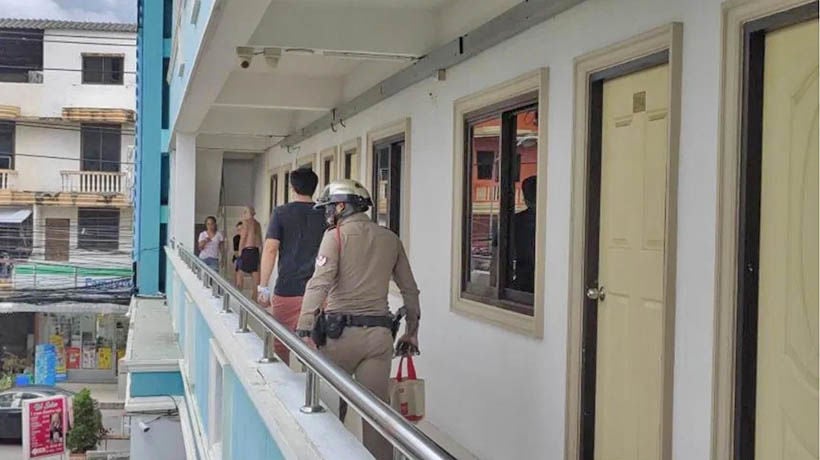 2 foreigners are dead in Chon Buri following 2 apparent suicides in the space of 3 days.

In the most recent, a British man was found hanging at a condominium in Pattaya yesterday. Pattaya City police were notified of the incident, at a condominium in Central Pattaya, at 1pm. Police, rescue workers and reporters rushed to the scene at a room on the third floor of the condo. The body of the 68 year old British man was discovered hanging from a door. His name is being withheld until family and the British embassy have been notified.

Police believe the man died at least 5 hours before the body was found. No signs of struggle were found on his body nor any sign of a disturbance in his room. 37 year old Chukiet Tanklang, the building’s manager, told police that a son of the housekeeper who looked after the man asked him to open the room when they couldn’t him for his daily condo cleaning.

They opened the door and found the British man deceased. Police believe the cause of death is suicide, but the investigation is ongoing.

In the other incident, the body of a 52 year old Swedish man, identified as Leif Flemming, was spotted hanging off a balcony in Chon Buri’s Banglamung district by a motorbike taxi driver at 1:30pm on Wednesday. 56 year old Wat Suwannasaroi notified police, who showed arrived at the scene as soon and learned that Mr. Flemming lived on the 2nd floor. Witnesses were also filming video clips of the scene and posting them on social media.

An initial inspection showed no injuries to the man’s body or any signs of struggle, or theft in the room.

It’s believed that he committed suicide, although Banglamung Hospital’s forensic department will provide more information after conducting an autopsy.

NOTE: A prior version of this article incorrectly identified the victim as Swiss. The victim is of Swedish nationality.