Never one for last-minute planning, the Thai government has announced just this afternoon plans for a month-long Colourful Phuket Festival launching tomorrow to welcome tourists back in the Phuket Sandbox that has been planned for months. Perhaps they sensed that international tourists who return to Phuket may be disappointed with the lack of activities while all bar and nightlife venues are closed indefinitely and some reports say as many as 80% of local businesses have shuttered.

In response, the Phuket Provincial Government and the Tourist Authority of Thailand have just announced a festival of activities in different areas each week for the month of July. The Colourful Phuket Festival grand opening will be on Patong Beach tomorrow, with a follow-up event on Sunday in Phuket Old Town just in time for the first European flights arriving into Thailand.

Previously the nightlife hub of the island, instead Patong Beach will host a range of local food trucks starting at 3 pm tomorrow followed by fire shows and a fireworks display from 7:30 to 8 pm. Then on Sunday at the same 7:30 pm timeslot, Phuket Town will host a Colourful Phuket event described as a projection mapping show, set to be displayed at Peranakannitat Museum Phuket. The provincial government explains that this a light and sound show.

After the kickoff weekend, the Colourful Phuket Festival intends to provide unique entertainment, artwork, and local markets all across the island throughout the month of July. Those interested can follow their new Facebook page here. With the slogan “Bring Back The Happiness”, the schedule announced is as follows: 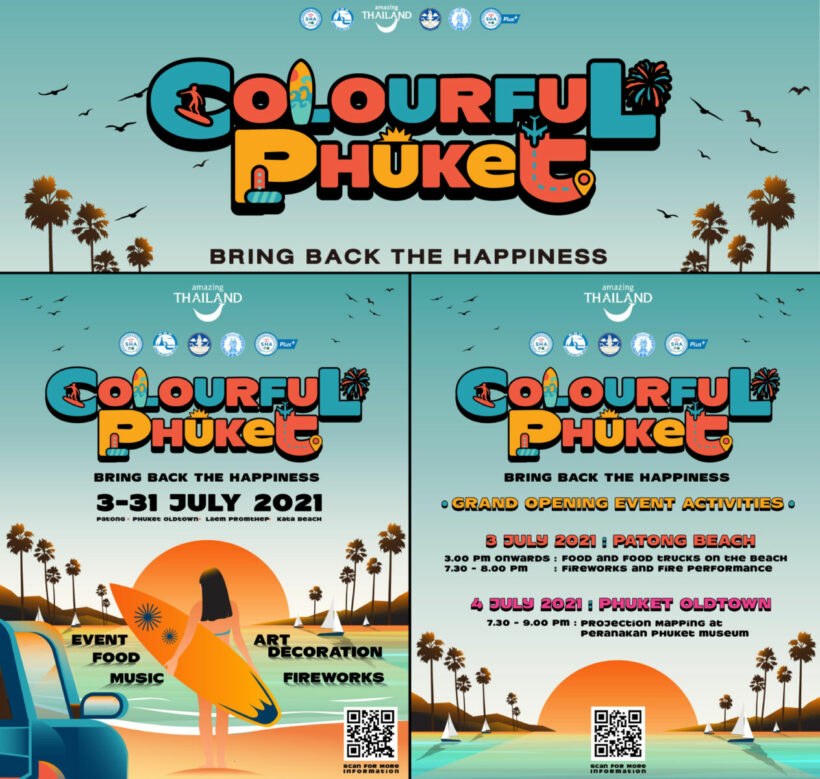 MrStretch
You can't polish a turd, but you can roll it in glitter…
kmc
are you allowed to take your mask off for a family vacation picture?

JamesE
1 hour ago, MrStretch said: You can't polish a turd, but you can roll it in glitter… This is a saying in need of a T-shirt.

AlexPTY
14 hours ago, AussieBob said: What? Are they serious?? Dont answer that. Yes they are Bob, they are

AlexPTY
“You can’t create a demand. But you can create a necessity for a demand" O. Henry

Despite struggles, Phuket tourists are happy to be here