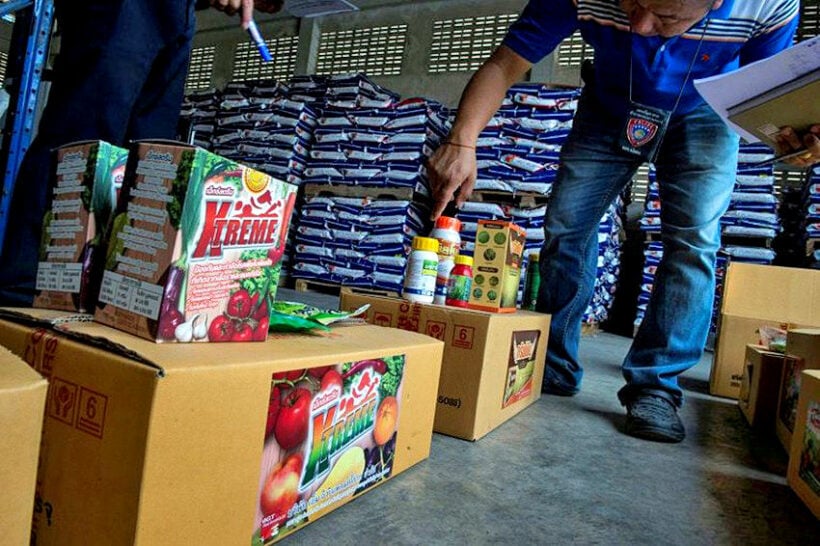 Deputy Agriculture Minister Manunya Thaiseth (the OTHER deputy, not the embattled Thannamat Prompeo) is complaining that she appears to be a lone voice amongst the bureaucrats and politicians to have three toxic agricultural chemicals – paraquat, glyphosate and chlorpyrifos – banned within this year, as promised.

She says that she’s not receiving any cooperation from the Agricultural Chemicals Control Office of the Agricultural Technique Department. They’re not providing information about the inventories of the three herbicides held in warehouses throughout the country and has had to research the information by other means.

Asked about the conspicuous silence from Industry Minister Suriya Juangroongruangkit on the matter, Ms. Manunya said “Don’t you have pity for me for having to work alone? Even some documents (about inventories of the three chemicals), I have to find them myself despite being a minister,” according to the Thai PBS World article.

The decision to ban the three herbicides rests with the 29 member Toxic Substances Committee under the jurisdiction of the Industry Ministry.

The deputy agriculture minister from the Bhumjaithai party says it was her job to submit her proposal for the ban to the Toxic Substances Committee, adding that it was beyond her authority to make the decision.

She said that she would like the vote by the committee to be held in the open, not behind closed doors, because this is an important issue that affects a lot of people.

“For the people who make the decision, if they want to keep the three toxic chemicals, they should know why and must be ready to explain why. We must be ready to accept the consequences of their decision.”

In the last meeting of the Toxic Substances Committee, the committee voted by 16to 5 in favour of continued use of the three herbicides, with the rest of the committee members being absent or abstaining from the vote.

Consumer groups, social media and the broader community have been putting pressure on the government to ban the herbicides, citing numerous studies reporting the health hazards posed by them. They also accused the committee of siding with big business by refusing to ban the substances.

Ban of 3 herbicides agreed, with conditions

The 5 Thai dishes most likely to harbour bacteria