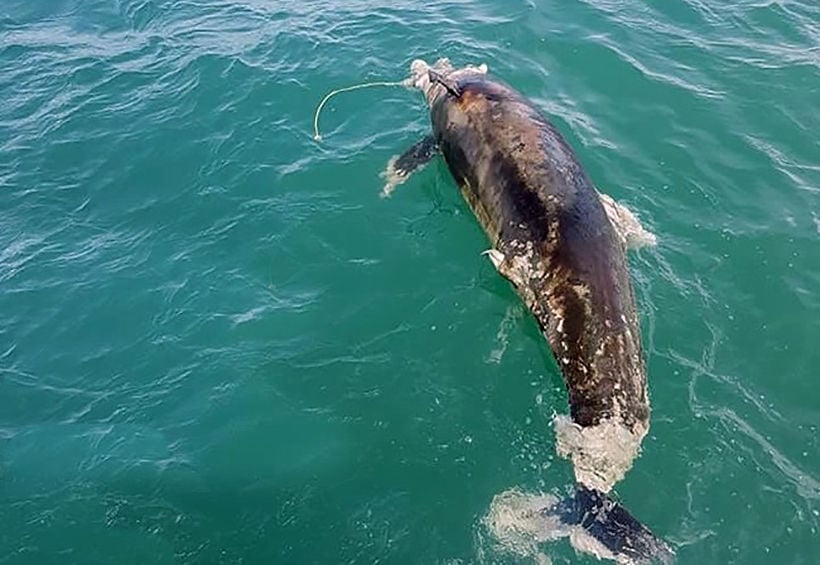 Video of a dead dolphin offshore from the coastal city of Pattaya, east of Bangkok, has upset locals. The video shows the dolphin floating in the waters between Pattaya and Koh Larn in the Gulf of Thailand.

The Pattaya Mail reports that the mammal became tangled in a fishing net, with the rope caught in its mouth. The net was cut free by an unknown fishing boat.

Keyboard warriors say the fishing crew should have helped the dolphin, although they admit that it’s likely the dolphin was dead by the time the crew found it. Online users also claimed that marine officials did nothing to help the mammal or conduct an autopsy on the dolphin.