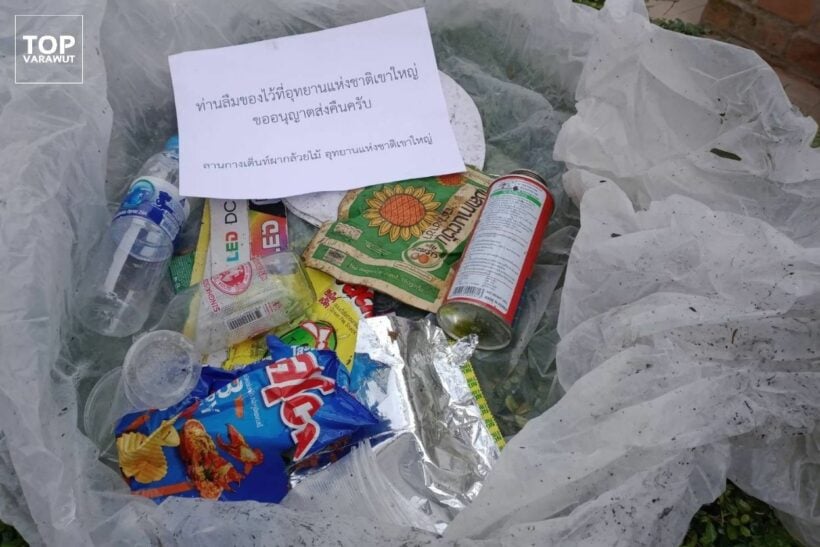 “We purposefully collected all your rubbish in a box and sent them to your home as a souvenir as a lesson to not litter anywhere ever again.”

So much trash was left at the Khao Yai National Park campsite that park officials have packed it in parcel boxes and sent it back to the campers. The Minister of Natural Resources and Environment Varawut Silpa-archa ordered park officials to pack up the rubbish and send the parcel to tourists’ addresses that were recorded in the National Park Bureau’s reservation system.

Varawut says people who visited the park, last weekend in particular, left a large amount of trash and food waste by their campsites. He says they did not utilise the garbage bins that are provided at the park. Not only will the tourists get a box of their own trash in the mail, but the littering incident will also be recorded with the local police for violating the National Park Act.

“The authorities had facilitated visitors with everything we could have thought of. They only had to come here and enjoy beautiful nature but we never thought that they would leave us with such waste.”

Varawut made a post on Facebook outlining 2 sections in the National Park Act. He says acts that damage the natural resources or ecosystem face up to 5 years in prison and a fine up to 500,000 baht. Another section he cited says those who violate park rules face a fine up to 100,000 baht.

The minister says it’s important to dispose all of the waste properly, adding that even just a small piece of trash can be extremely harmful if an animal swallows it.