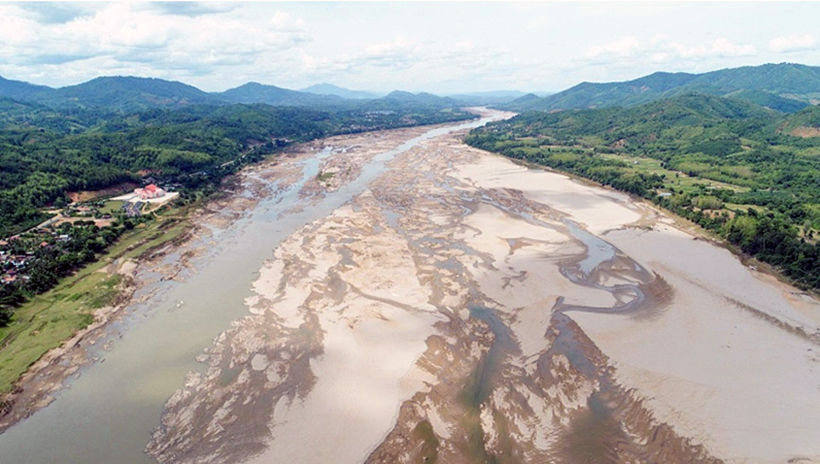 The drought situation across nearly half of Thailand is about to get worse. The water levels in the Mekong River is at its lowest level since 1992 and the Provincial Waterworks Authority is warning 31 provinces to prepare for severe drought this year.

Thai PM Prayuth Chan-o-cha is expressing concern over the situation and instructed officials to distribute water to people in areas hit by drought and encourage farmers to delay planting. The public is encouraged to use water sparingly.

The PWA says that drought could affect 61 water production facilities in 15 northeastern provinces, nine in the north, six in the south and one in the east. The facilities are already digging 524 wells to tap underground water as an alternative source, with the help of the Royal Irrigation Department.

Meanwhile, the Office of National Water Resources is warning Chiang Rai and other lower Mekong provinces to prepare for a decrease in water levels as testing at China’s Jinghong dam continues. Eight provinces along the Mekong River have experienced a drop in levels that will run until tomorrow, January 4, during tests at the Jinghong hydroelectric power station in China’s Yunnan province.

The affected provinces are Chiang Rai, Loei, Nakhon Phanom, Nong Khai, Mukdahan, Bung Kan, Amnat Charoen and Ubon Ratchathani. Water levels along the Mekong are expected to drop by around 40-60cm in the test’s initial stages and a further 30-50cm when outflows are restricted later.

“The amount of water flow will be further reduced to its lowest point of 504-800m³/s on January 4 before it is restored to its original volumes.”

First meteor shower of the year to be visible January 4th