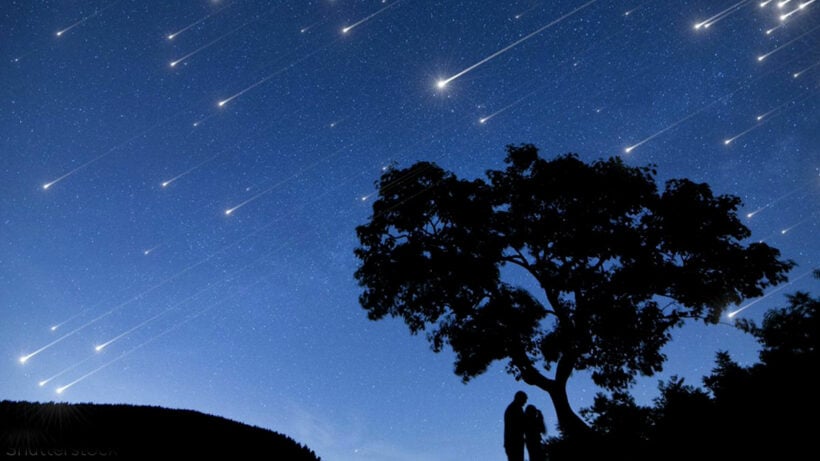 PHOTO: Artists impression. In truth there could be up to two meteors per minute at the peak, but you’ll need to be in a very dark location to get the best from the experience.

Set the alarm and boil the kettle for a wake-up coffee. The year’s first meteor shower will grace Thailand’s skies on January 4, according to the Thai National Astronomical Research Institute. You’ll need to be in a dark location by around 2.30am Saturday morning to experience it.

A spokesman says the best time to view the shower, called the Quadrantid meteor shower, is from 2:30am until dawn on Saturday, as there will be little disruption from moonlight. He added that the shower may produce as many as 120 shooting stars (meteors) per hour.

The Quadrantid shower is considered to be one of the best annual meteor showers. The Quadrantids are known for their brightness. They are exceptionally colourful and their trails persist longer than those of your average meteor. But while most showers have a two-day peak, making them far easier to watch, the Quadrantids peak for only a few hours.

The best tip is to get as far away from street and city lights as possible. On top of a hill is a great location. It may take your eyes 30 minutes to adapt to the dark to get the best experience of watching the meteors. Most meteor showers are remnants of old comets.

When a Quadrantid meteor flares across the sky, you’re seeing a flake from an extinct, near-Earth comet  cataloged as 2003 EH1. Discovered in 2003, the object is thought to be the remnant of a much larger comet that broke up long ago.